I recall a rather memorable call from an intern covering the emergency room when I was a senior resident. I was on my way in for my shift when she called.

“Hi. Someone anonymously surrendered their newborn baby at the ER and left.”

“Does she appear healthy?”

“Well, I’ll be there in 15 minutes and we can figure it out. In the meantime, if she gets hungry, um, feed her, I guess.”

In retrospect, yes, it was somewhat humorous that we were slightly perplexed by a non-ill patient, but more seriously, this was my first experience with what are known as “safe-haven” laws. All 50 states allow a newborn to be surrendered — anonymously if need be — in safe-haven locations, typically emergency rooms, fire stations or police stations. The baby was indeed fine, and of course the next step was to call our excellent colleagues in social work who knew exactly what to do. We admitted the baby to our newborn nursery for the usual newborn care — albeit without a parent there — and the process of arranging for likely adoption was started by the social worker.

We were, of course, happy that this child was brought to a safe place and placed on the path to being adopted. But to this day, I’m left with a sense of unease. These situations are filled with multiple places where the system has failed both the mother and now this child. Neither we, nor this child, have knowledge of the child’s medical history. Typically, when an anonymous surrender happens, it’s also likely that the mother had to conceal her pregnancy and may not have had regular or even any prenatal care. And what of the postnatal care she may need? And this child not knowing anything about their heritage may result in psychological challenges many years down the road.

Recently, an article in the New York Times discussed “safe-haven baby boxes.” These devices allow a mother of a newborn to anonymously, and safely, surrender their child for adoption without being seen. These safe-haven elements (laws and these boxes) were called by the U.S. Supreme Court in the majority opinion from the now-famous Dobbs decision, a “modern development.” These are actually far from modern. The concept (both laws and devices) dates back to medieval Europe. They’re not a solution to abortion being outlawed in some places; they’re a response to newborns being abandoned, and symptomatic of a society with a fragmented, unclear and judgmental approach to reproductive health.

And while many assume that women don’t wish to parent their babies out of causal, callous disregard, making the choice to place a child for adoption is a remarkably difficult decision for all parents. The emotional weight of such a decision does not disappear after closing the safe haven box, nor after walking out of the ER lobby having handed the child over — nor, for that matter, after even a well-supported, open decision to place a child for adoption. I know. I’m an adoptive parent with the gift of having been able to stay in contact with our children’s birth mother for 20 years. And while my wife and I will be forever grateful for the decision she made, we all also know that it was not easy — at that time and even beyond. I would like any parent choosing to place their child for adoption to have full access to counseling and support. A safe-haven box is not going to solve that.

I’m troubled by the Supreme Court using a historically inaccurate assertion of a “modern” innovation to partially justify their decision — and also emotionally nullify the complex journey that any pregnancy can be. We would do well to recall that the medieval baby boxes were largely a reflection of the fact that pregnancy out of wedlock was considered shameful and not to be publicly visible or talked about.

I’d like to think we’ve moved on as a society — but perhaps we haven’t.

Dr. Dipesh Navsaria, MPH, MSLIS, MD, FAAP, is an associate professor of pediatrics at the University of Wisconsin School of Medicine and Public Health and also holds master’s degrees in public health and children’s librarianship. Engaged in primary care pediatrics, early literacy, medical education, and advocacy, he covers a variety of topics related to the health and well-being of children and families. 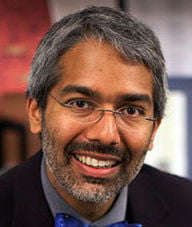 Dr. Dipesh Navsaria, MPH, MSLIS, MD, FAAP, is an associate professor of pediatrics at the University of Wisconsin School of Medicine and Public Health and also holds master’s degrees in public health and children’s librarianship. Engaged in primary care pediatrics, early literacy, medical education, and advocacy, he covers a variety of topics related to the health and well-being of children and families.

Opinion | GOP doesn't want you to know about its tax plans

Opinion | End the use of immigrants as political pawns