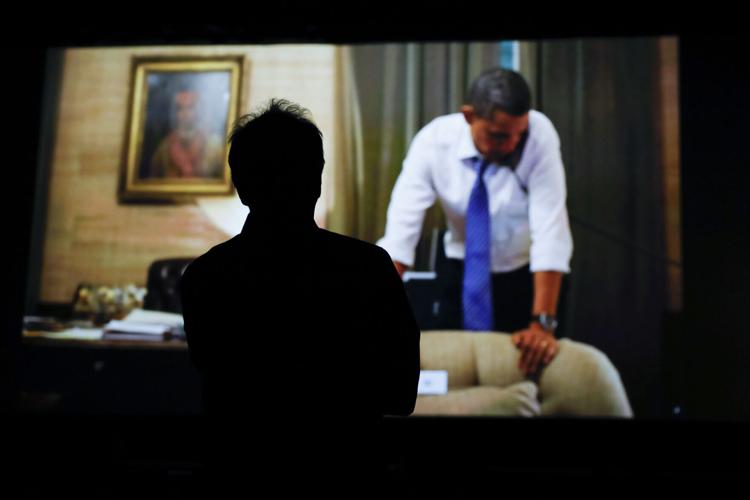 During the soundcheck Pete Souza stands in an aisle to check the focus and contrast of his projected photograph of President Barack Obama. 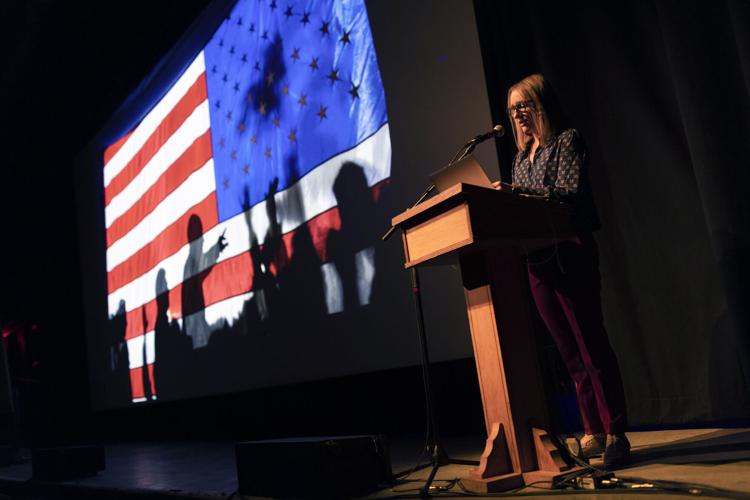 Cap Times photo director Ruthie Hauge introduces Souza to the stage. In her introduction, Hauge said, "With a uniquely high level of access to the president, Souza captured the balance of humanity and power. In doing so, he has forever set the bar higher for future White House photographers." 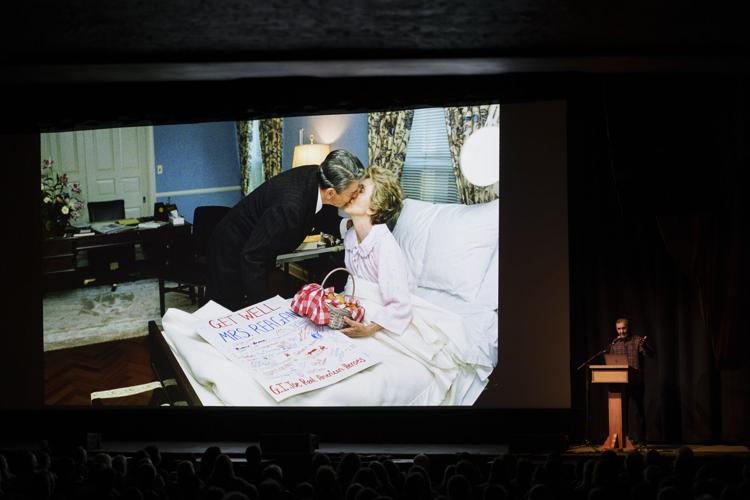 Pete Souza talks about a photograph he made of President Ronald Reagan kissing his wife, Nancy, after she underwent breast cancer surgery. 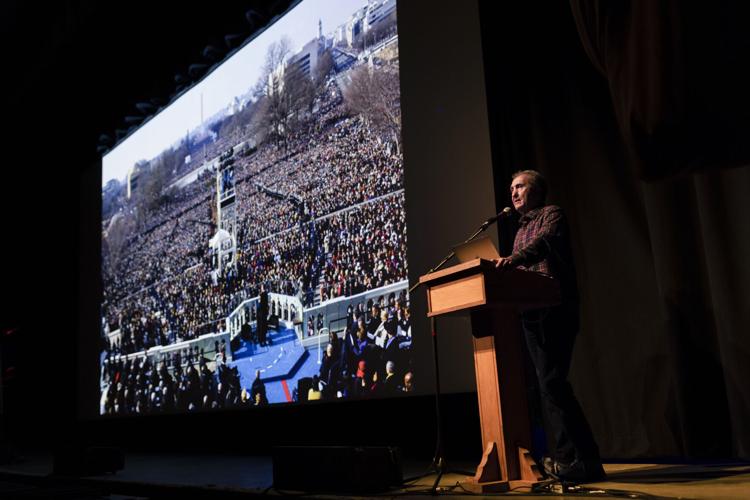 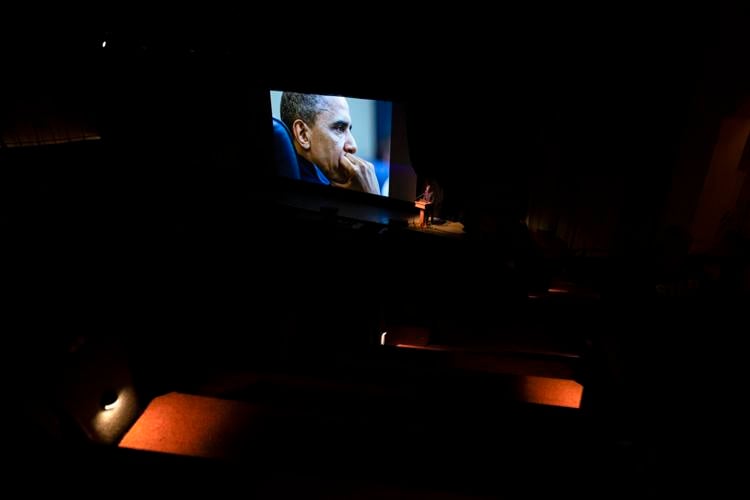 Pete Souza talks about an emotionally intense photograph he made of President Barack Obama early in his first term. 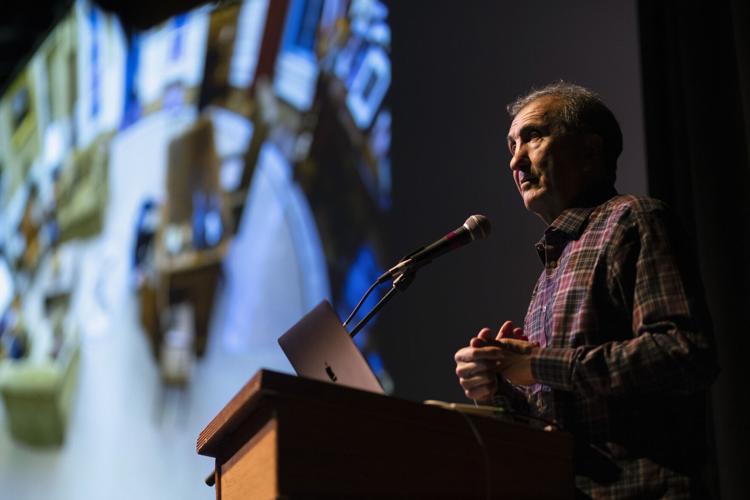 Pete Souza gives background information while showing a 2017 photo of President Barack Obama's aides checking all of the drawers and cabinets on his last day in the Oval Office before the transition of power to President Donald Trump. 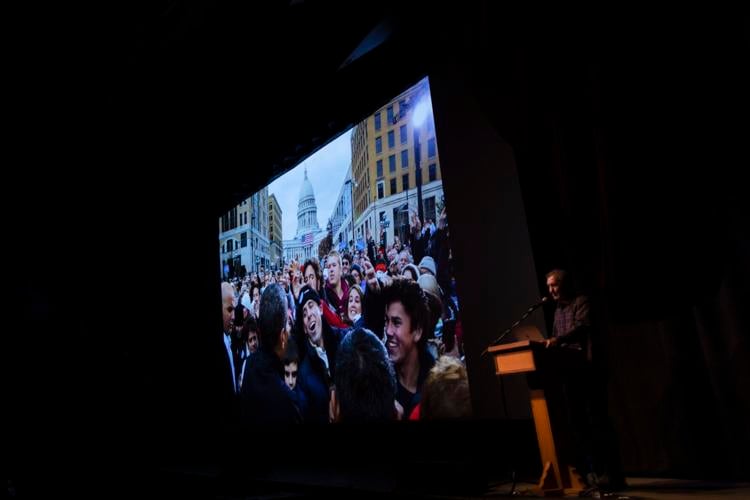 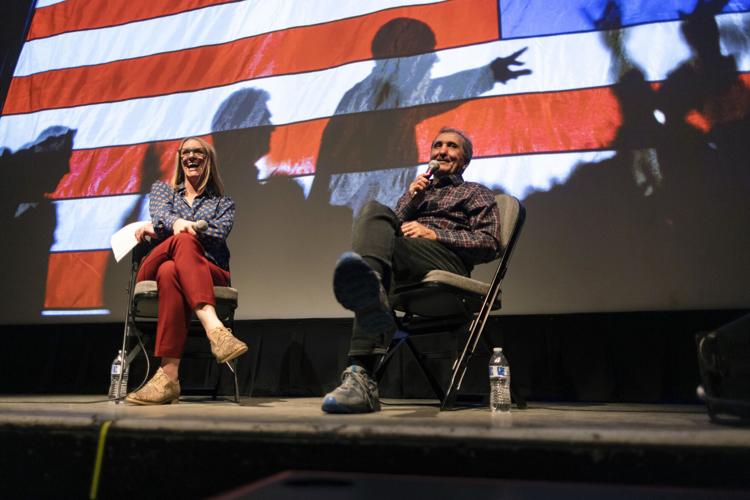 Ruthie Hauge and Pete Souza laugh as Souza answers a question from an audience member. 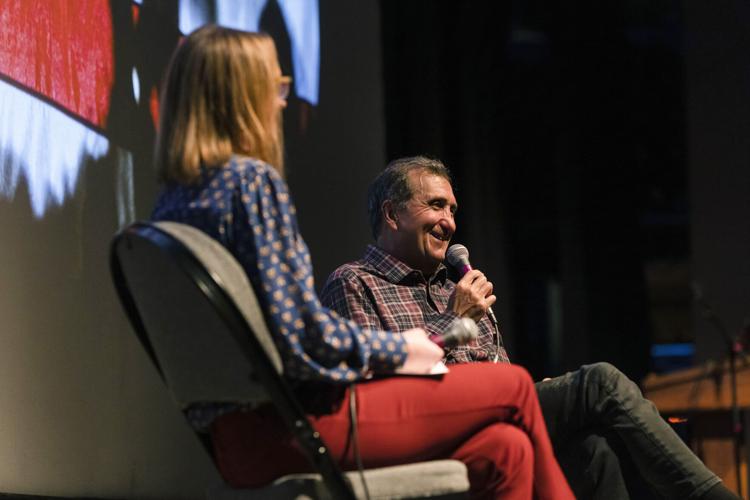 Pete Souza smiles as he looks out on the audience members and answers their questions. 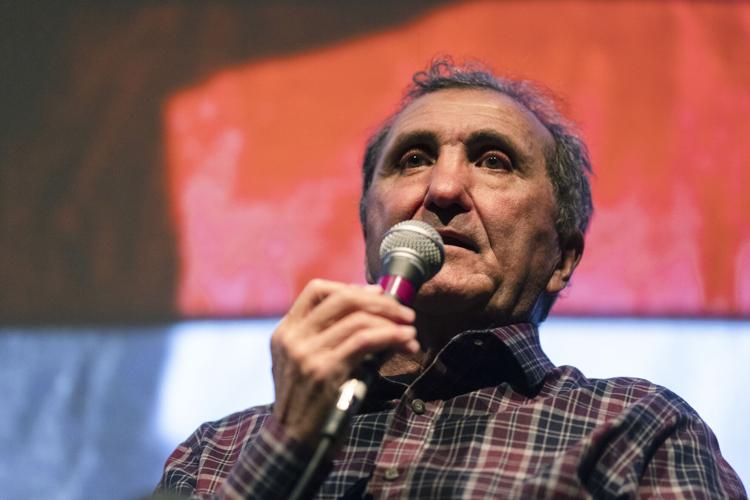 Pete Souza answers a question about how he copes with some of the traumatic situations photojournalists encounter on the job. 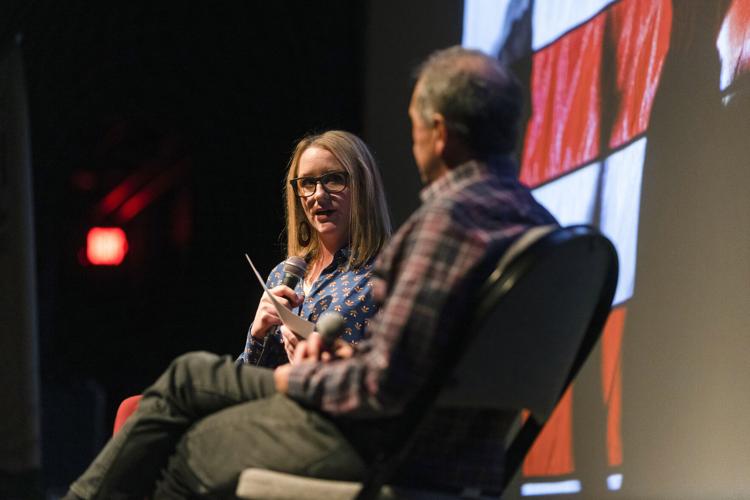 Ruthie Hauge asks Pete Souza if he achieved his goal of creating the best archive of a presidency in history while working as the chief official White House photographer for President Barack Obama. 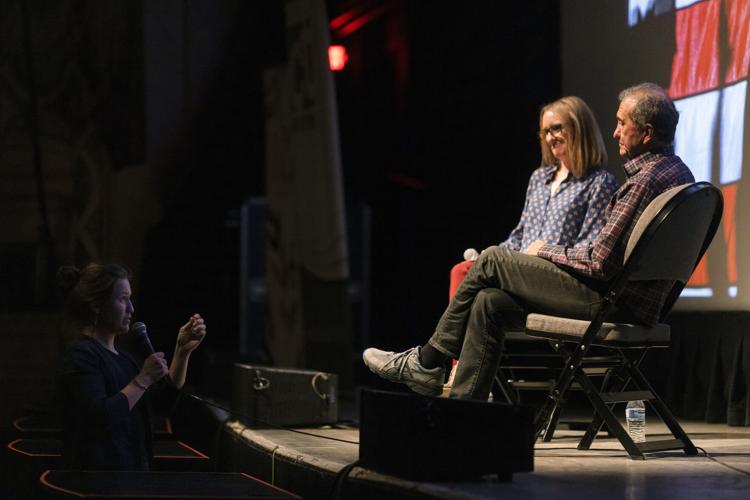 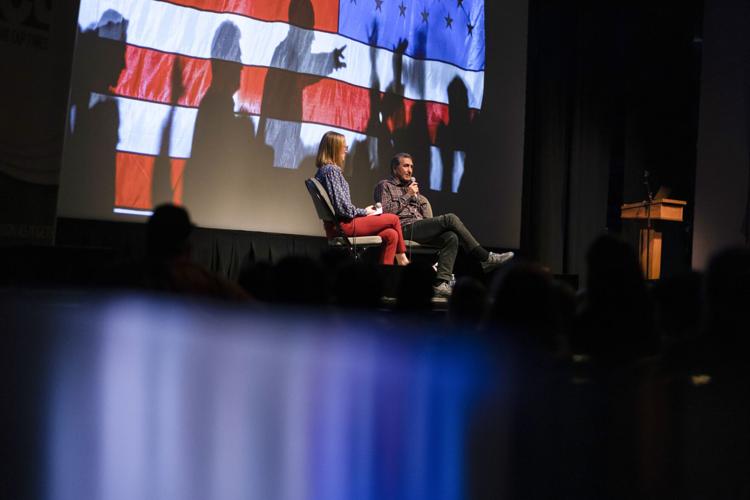 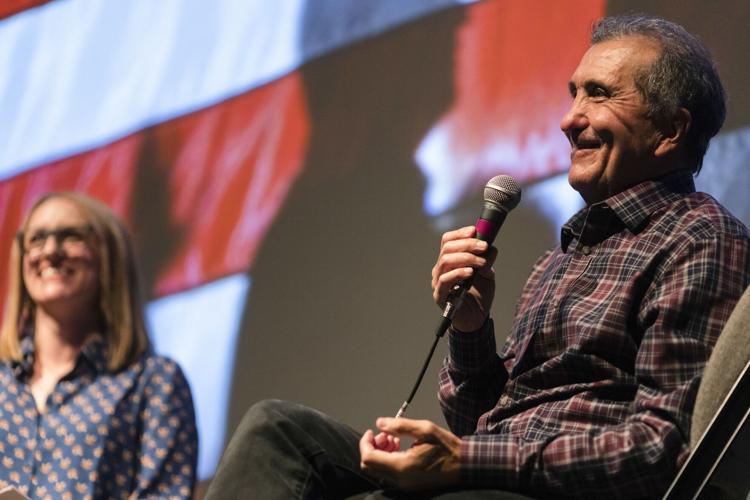 Pete Souza jokes about wearing a winter coat in September after being asked by Ruthie Hauge why he chose to live in Madison. 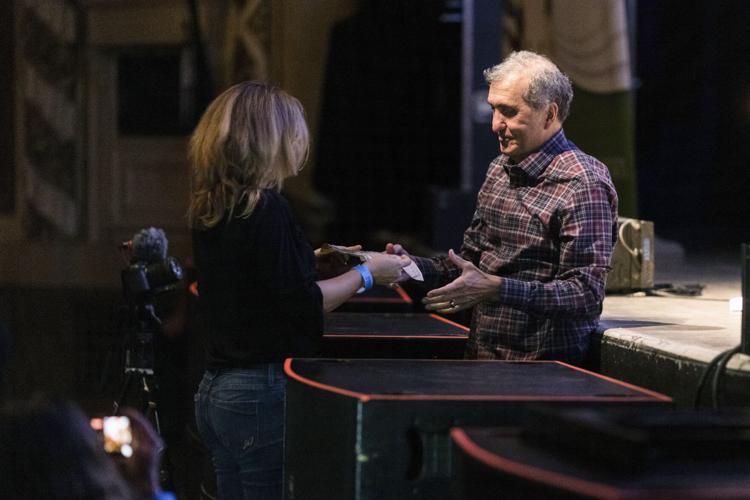 Kasia Janus hands a newspaper clipping to photojournalist Pete Souza during the question and answer portion of his presentation. Janus’ father, aunt and uncle were killed in 1982 after unknowingly taking tainted Tylenol, and Souza photographed the funeral while working for the Chicago Sun-Times. Janus was 4 years old at that time. 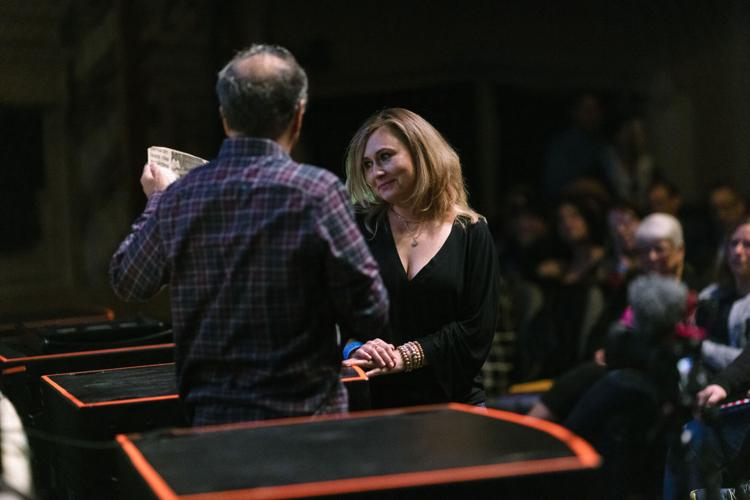 Kasia Janus cries as Pete Souza discusses the 1983 event in which seven people were killed when bottles of Tylenol were injected with cyanide. 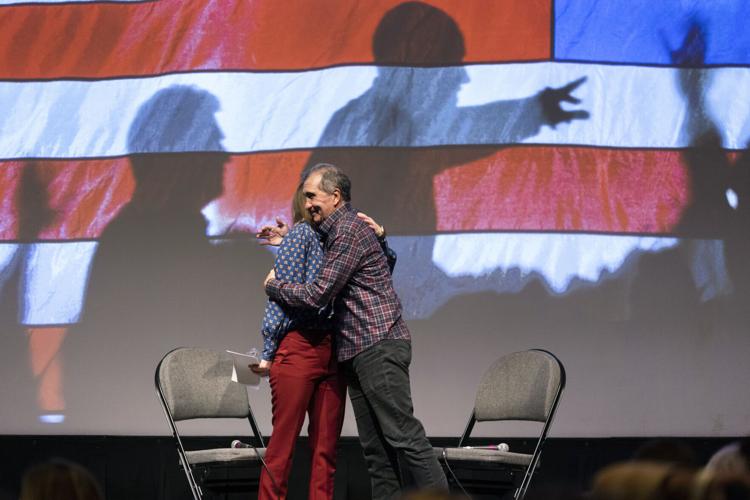 Pete Souza hugs Cap Times photo director Ruthie Hauge after she moderated the first date on his "The West Wing and Beyond: What I saw Inside the Presidency" book tour. 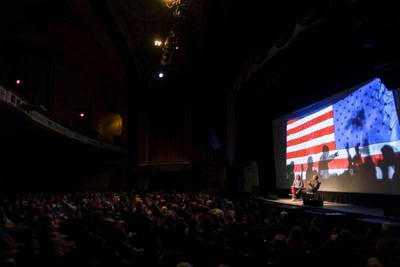 Souza's new book, "The West Wing and Beyond: What I saw Inside the Presidency" gives readers a behind-the-scenes look at President Obama's presidency with intriguing photographs and details only a White House staff member would know. Souza, a Madison resident, will continue onto eight cities across the United States to present his photographs and autograph copies of the new book. 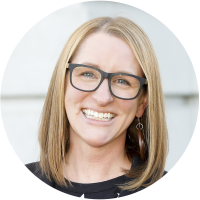