The Madison Metropolitan School District has reached an agreement with its teachers union on two issues that led Madison Teachers Inc. to file complaints last year amid base wage negotiations.

MMSD announced the Dec. 23 settlement in an email Monday morning, along with a joint statement outlining more collaborative guidelines for the union and district to work together.

The agreement has MTI withdrawing its complaints, both of which stemmed from communications the district sent to staff that the union felt interfered with those negotiations.

MTI has continued to ask for the maximum allowed base wage increase of 1.81%, but the School Board only authorized a 0.5% increase along with increases for longevity. Under the settlement, MTI and MMSD officials will "resume good faith bargaining over base wages as soon as practicable" using the collaborative principles outlined Monday.

“Both MTI and MMSD have new leadership, supported by skilled and knowledgeable people with a long history within their respective organizations,” the statement says. “We recognize that it is in our best interests to define and set guidelines on how collaboration between MTI and MMSD should happen.” 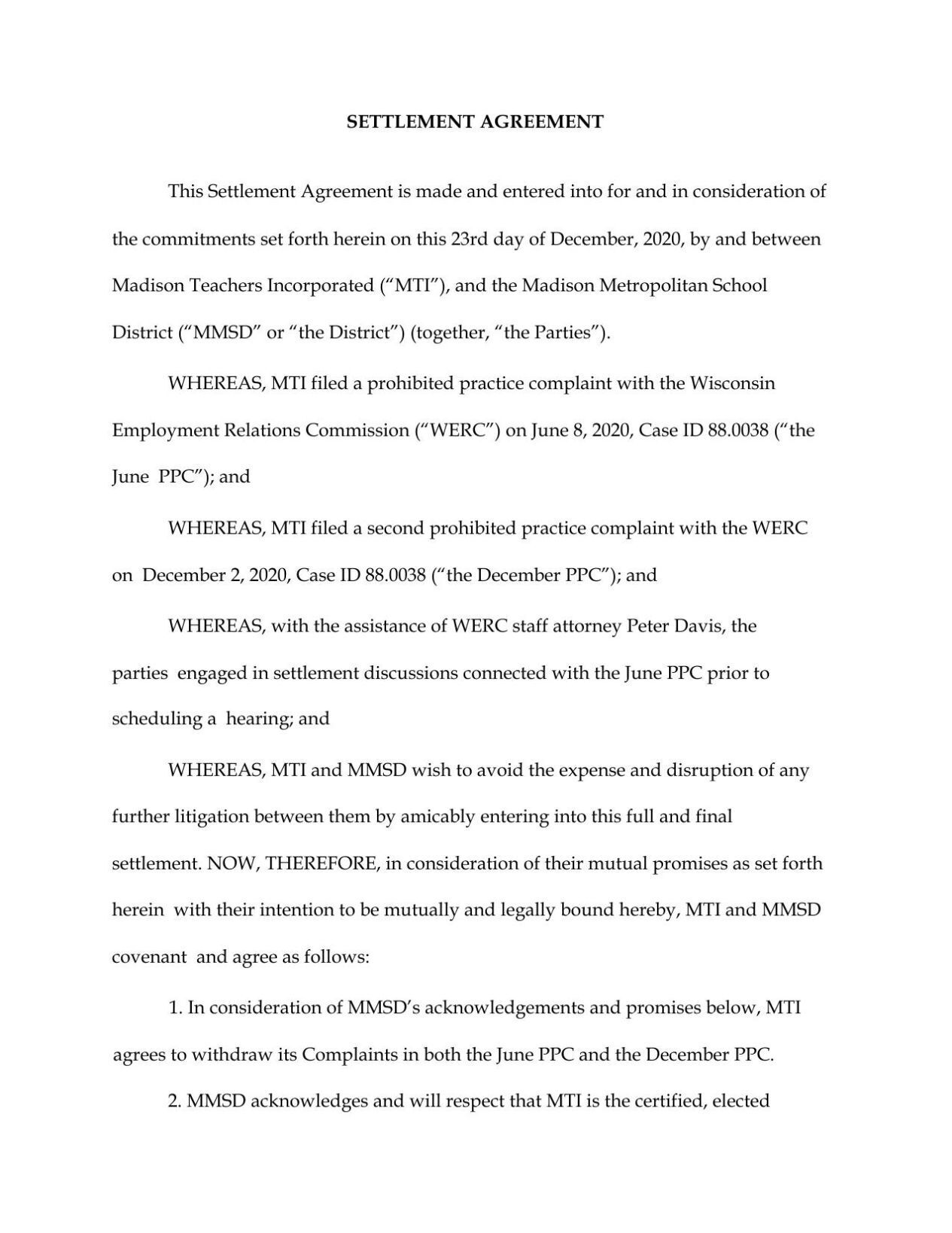 The first, filed June 8, related to a two-question survey that MTI alleged violated state law. The survey asked individual staff members if they would prefer to freeze most compensation increases in the budget or eliminate 92 full-time equivalent positions while keeping wage increases intact as officials were uncertain how COVID-19 would affect the budget.

At the time, MTI called the elimination of positions option a threat of “reprisal if MTI does not agree to forego base wage increases for the coming school year.”

The second complaint was filed in December over a Nov. 30 email sent to staff stating “the MMSD Board of Education, MTI and the trades have ratified the agreement to increase base wages by 0.50%,” despite that there had been no ratification. MTI executive director Ed Sadlowski at the time called the communication “union-busting.”

MMSD acknowledged it “mistakenly informed” employees in that communication as part of the settlement.

“MMSD further acknowledges that there was neither an agreement between MTI and MMSD on base wages, nor was there a ratification of an agreement on base wages,” the settlement states. “MMSD recognizes that it mistakenly made a false statement, regrets it, apologizes, understands that it caused harm to its relationship with MTI, and wishes to remedy that harm.” 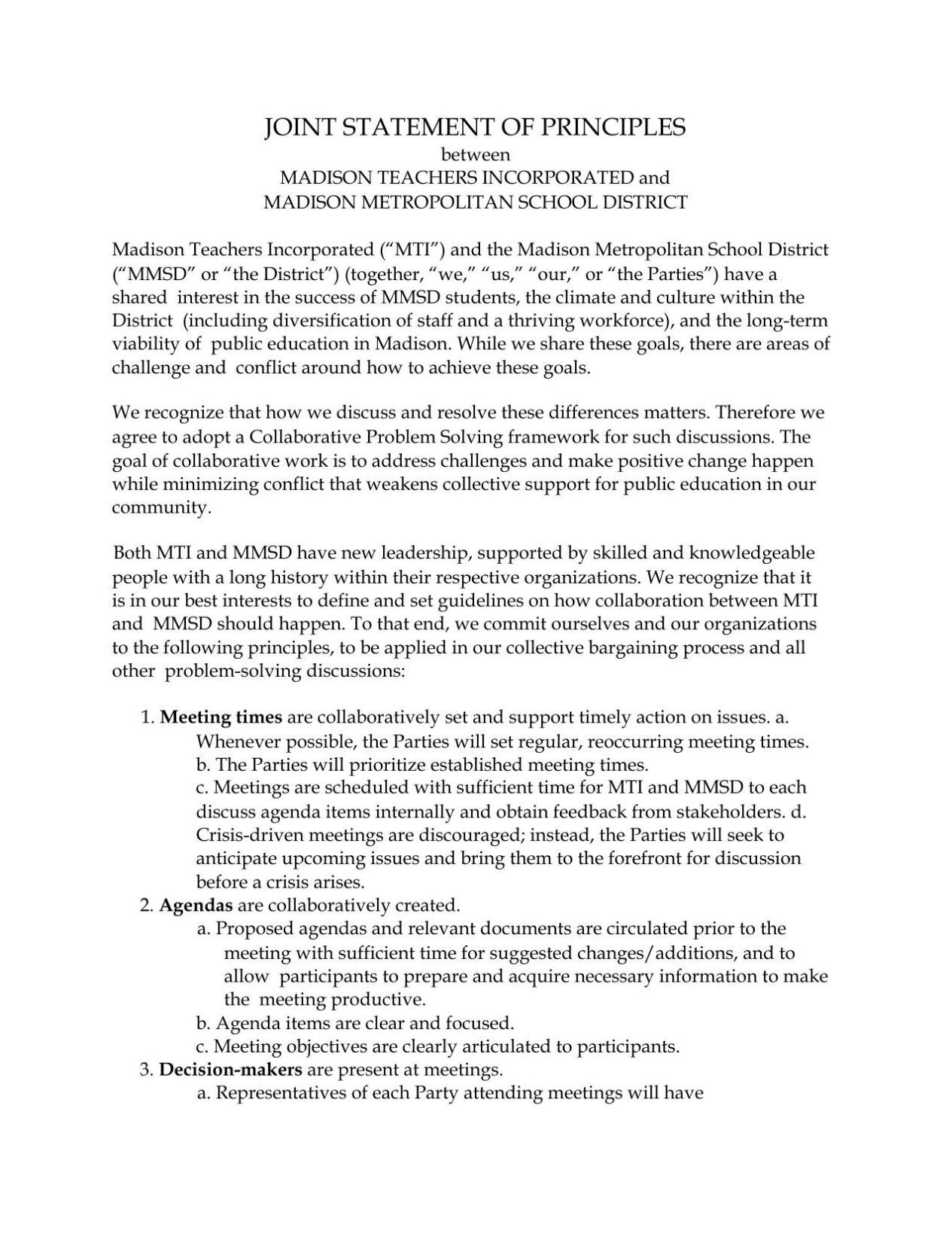 Any future negotiating sessions will be run under the new collaborative problem-solving framework, which includes five principles:

The shared goals of the two entities outlined in the statement include “the success of MMSD students, the climate and culture within the district (including diversification of staff and a thriving workforce), and the long-term viability of public education in Madison.”

“In sum, we commit to honesty, transparency, and timeliness in our communications with one another, as well as to respectful, fact-based communications about one another with third parties (especially the public),” the statement says.

A primary vote is taking place this week and union members will choose between the two highest vote-getters next week.

A primary vote is taking place this week and union members will choose between the two highest vote-getters next week.