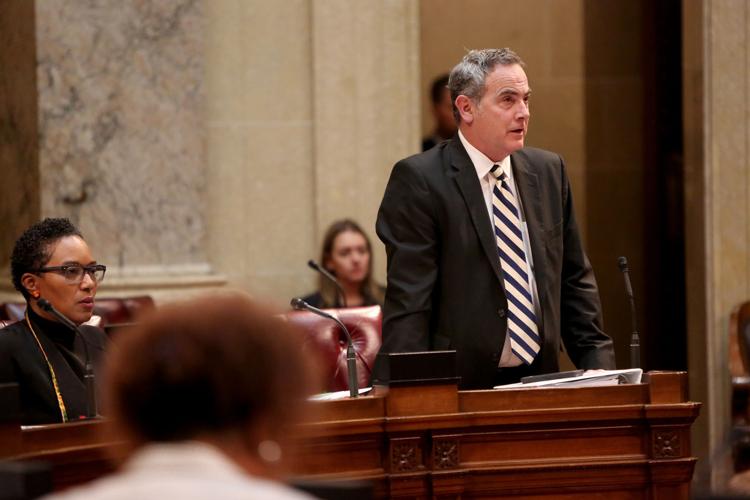 After representing Wisconsin’s 27th Senate District for more than two decades, Democrat Jon Erpenbach announced on Wednesday that he will not seek reelection in 2022. 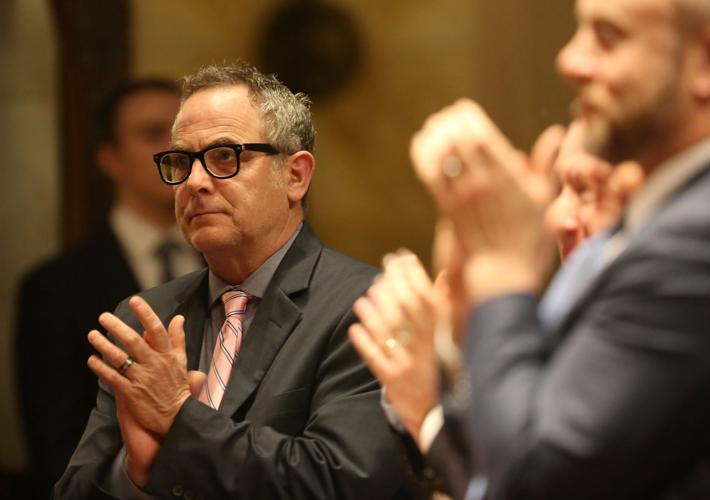 Senator Jon Erpenbach during the state budget address at the state Capitol in Madison, on Feb. 28, 2019.

After representing Wisconsin’s 27th Senate District for more than two decades, Democrat Jon Erpenbach announced on Wednesday that he will not seek reelection in 2022.

Erpenbach, 60, was first elected in 1998 and served as Senate minority leader from 2003 to 2005. He has served on the Legislature’s influential Joint Finance Committee since 2015.

Representing the district “has truly been an honor,” Erpenbach said, adding that he still loves the job, but “24 years of doing something like that is a long time.”

It’s been more than a decade since Wisconsin’s hard-fought battle over collective bargaining rights for public employees (initiated by Republican Gov. Scott Walker’s signature Act 10 legislation) catapulted figures like Erpenbach into the national spotlight. Erpenbach was one of 14 Democrats in the state Senate who in 2011 fled to Illinois to delay a vote on the bill, and his time across the border landed him as a frequent guest on several national cable TV news shows. Even Stephen Colbert, back in his “Colbert Report” days, put Erpenbach through his paces.

Asked about his proudest accomplishments while in office, Erpenbach pointed to the legislation he authored establishing Wisconsin’s “do not call” list in 2001, which preceded the federal law that allows people to opt out of telemarketing phone calls. He is also proud of his across-the-aisle work on campaign finance reform with the late Sen. Mike Ellis, a Neenah Republican.

As he announced his decision not to seek reelection, Erpenbach expressed his gratitude toward the public employees who help lawmakers and the constituents they represent, and joked that, in addition to the people he’s met throughout the state, he’ll miss his parking space at the state Capitol.

Erpenbach ran to represent the 27th Senate District in 1998 when then-Sen. Joe Wineke, D-Verona, mounted a congressional campaign. At the time, Erpenbach worked as a media specialist for the state Senate Democratic caucus; he’d previously worked in radio.

Erpenbach billed himself in his first campaign as a “moderate voice on issues people care about,” and defeated Republican Nancy Mistele in what was, at the time, the most expensive state Senate race in Wisconsin history, at $1.2 million. But he defied conventional wisdom when it came to campaign spending. According to a 1999 Wisconsin State Journal report, only about 15% of the money spent on the race came from Erpenbach’s coffers.

His advice to whoever is next elected to the seat is, “just recognize that you have to take it from the position of, everybody has something to offer, and that whether people supported you or not is not the point. The point is, whoever takes over in this seat is the state senator of 180,000 people, and you need to reconfigure that and work with anybody and everybody.”

His advice for his colleagues in the Capitol is similar: “Right now, I think both sides are so loud that they just can’t hear each other. I would spend as much time as you can talking with and listening to somebody you disagree with — find out why they think the way they think.”

“I do think the partisan divide, when you get right down to it, isn't as wide as it might seem,” Erpenbach said. “We all pretty much want the same things when it comes to schools. We all want the same thing when it comes to Wisconsin and giving people opportunities. I do think the minority of the majority is in control right now, and that’s something Republicans are going to have to sort out on their own. I tend to think that most Republicans I know don’t think the election was stolen. Most Republicans I know think the Gableman (election review) odyssey is embarrassing.

“That’s something they'll have to sort out. In the meantime you can leave this massive carnage in your wake trying to get your act together."

Erpenbach isn’t ruling out a return to public office in the future — “if there’s an opportunity to help down the road, I’ll do it,” he said. His only plans for now are to keep doing his job through the end of his term.

Some Madison pharmacies stock up on Plan B, emergency contraceptives