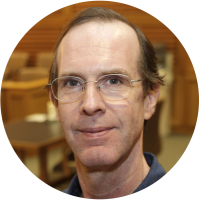 Candidates for the District 16 state Senate seat were largely on the same page on major issues during a Zoom Democratic debate Wednesday that covered pandemic politics, protests and the ability to get things done in a GOP-controlled Legislature.

“I believe, being a state senator, I can get all these Republicans and Democrats together to work on these issues so it can be a better tomorrow,” Monona Grove School Board President Andrew McKinney said.

His opponent, Melissa Sargent, has held the Assembly District 48 seat since 2013, representing Maple Bluff and Madison’s north and east sides. She’s become one of the state’s leading advocates for full marijuana legalization.

“I’m never going to apologize for being a progressive Democrat,” she said. “But I’m also very proud of my track record of having strong, bipartisan success stories.”

The debate, hosted online by the Cap Times and moderated by political reporter Briana Reilly, was the first matchup for the candidates, one of whom voters will choose in the Aug. 11 primary to face Sun Prairie Fire Department Lt. Scott Baker, the lone Republican in the race for the heavily Democratic district. The seat is currently held by longtime state Sen. Mark Miller, who isn't running for reelection.

McKinney, a Gulf War veteran, grew up in Gary, Indiana, and moved to Madison with his mother when he was in high school. He said he was homeless for a time after his service, but went on to earn a master’s degree in counseling. He’s currently the community school site coordinator at C.H. Bird Elementary School in Sun Prairie.

The debate came on the heels of Tuesday night’s violence that saw the beating of Democratic state Sen. Tim Carpenter by protesters, the toppling of two prominent state Capitol statues and a fire bomb lobbed into the City-County Building.

Protesters rally after Black activist arrested for incident at restaurant

“We do have groups out there, far left, far right, whatever, that’s agitating young people,” McKinney said, “people who are not aware of how to do civil protests, and then it comes out to be riotous. It’s not their fault. It’s agitators that come from another state or homegrown right here in Wisconsin.”

Sargent called the violence “egregious and very confusing actions,” but she said she understands the anger that has been driving the protest movement.

“These protests are a response to the murders of George Floyd and Breonna Taylor and so many other Black lives that have been harmed and cut too short,” she said. “And there is deep passion and real anger. And I too am angry.”

The candidates were generally supportive on their views on the defund the police movement, which aims to get municipalities to redirect law enforcement budgets to social programs that will improve the lives of marginalized people.

McKinney called for funds to be redirected to low-income communities, but also put into processes that would improve policing.

“I believe that defunding is a bad term,” he said. “I would like to say reallocating funds. Helping to strengthen the hiring process, have community people be on those hiring boards to find out what they’re going to get to police their community.”

Sargent said she backs a restructuring of the police system and restrictions on use of force and called for more funding for health services, addiction treatment and other community services.

Asked about the impact of COVID-19 impact on the state budget, both candidates steered clear of specifics.

“Our current health emergency has us all on edge and concerned about our future and what it is our state is going to be able to do,” Sargent said, adding, “Unfortunately the GOP-controlled Legislature has not done enough to support Wisconsin’s families, which has exacerbated many of the concerns that we’re seeing.”

McKinney pointed to the disparate effects of the pandemic on people of color.

Democratic Party voters in east Madison and adjoining suburbs will choose either Monona Grove School Board President Andrew McKinney or state Rep. Melissa Sargent in the Aug. 11 primary to advance to the November election. The two met in a forum hosted by Cap Times political reporter Briana Reilly.

Sargent will go on to face Republican Scott Barker in November to determine who’ll represent the heavily blue district in the Wisconsin Legislature.

Sargent will go on to face Republican Scott Barker in November to determine who’ll represent the heavily blue district in the Wisconsin Legislature.