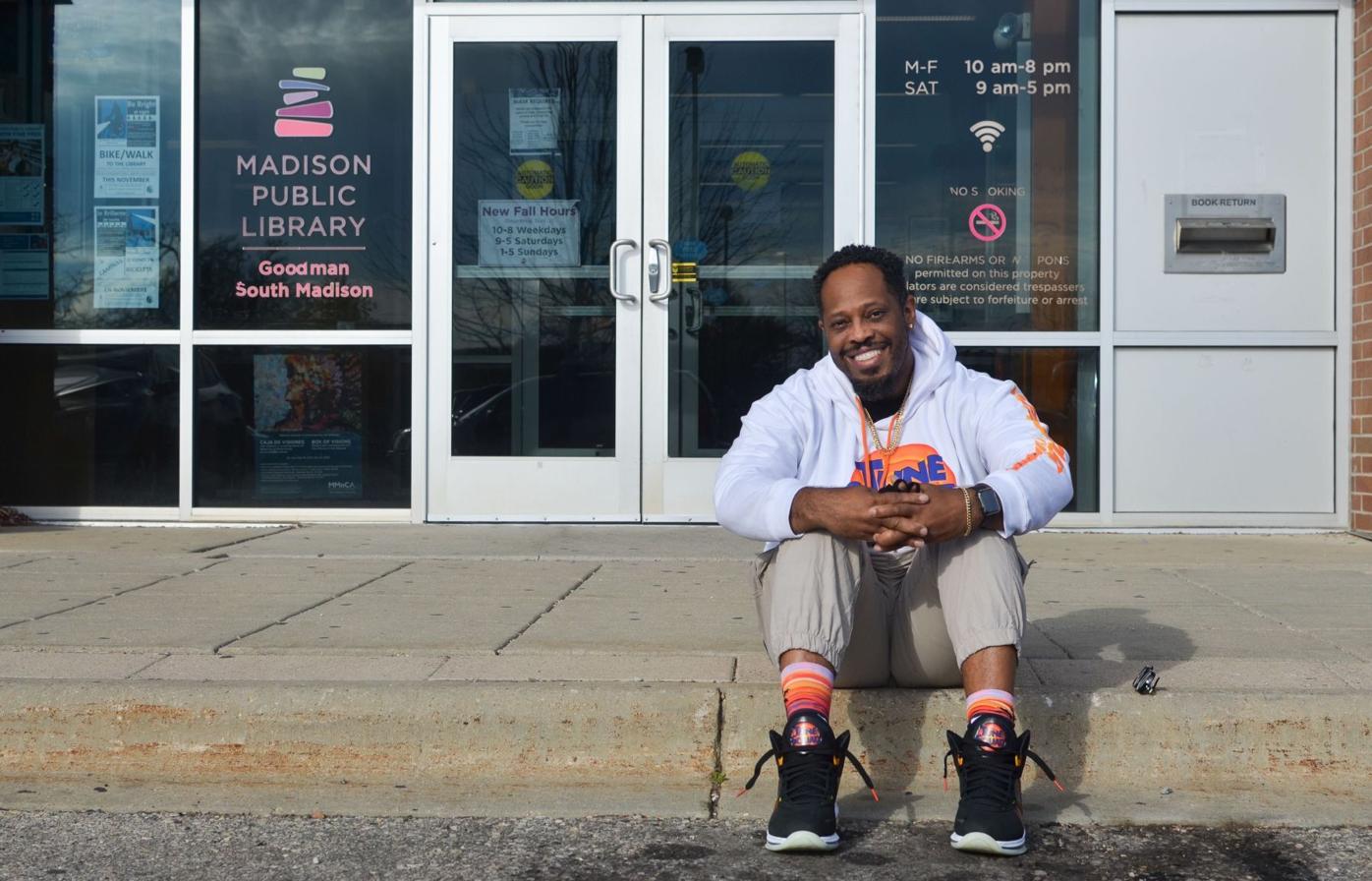 Will Glenn Sr. is the teen librarian at Goodman South Library. 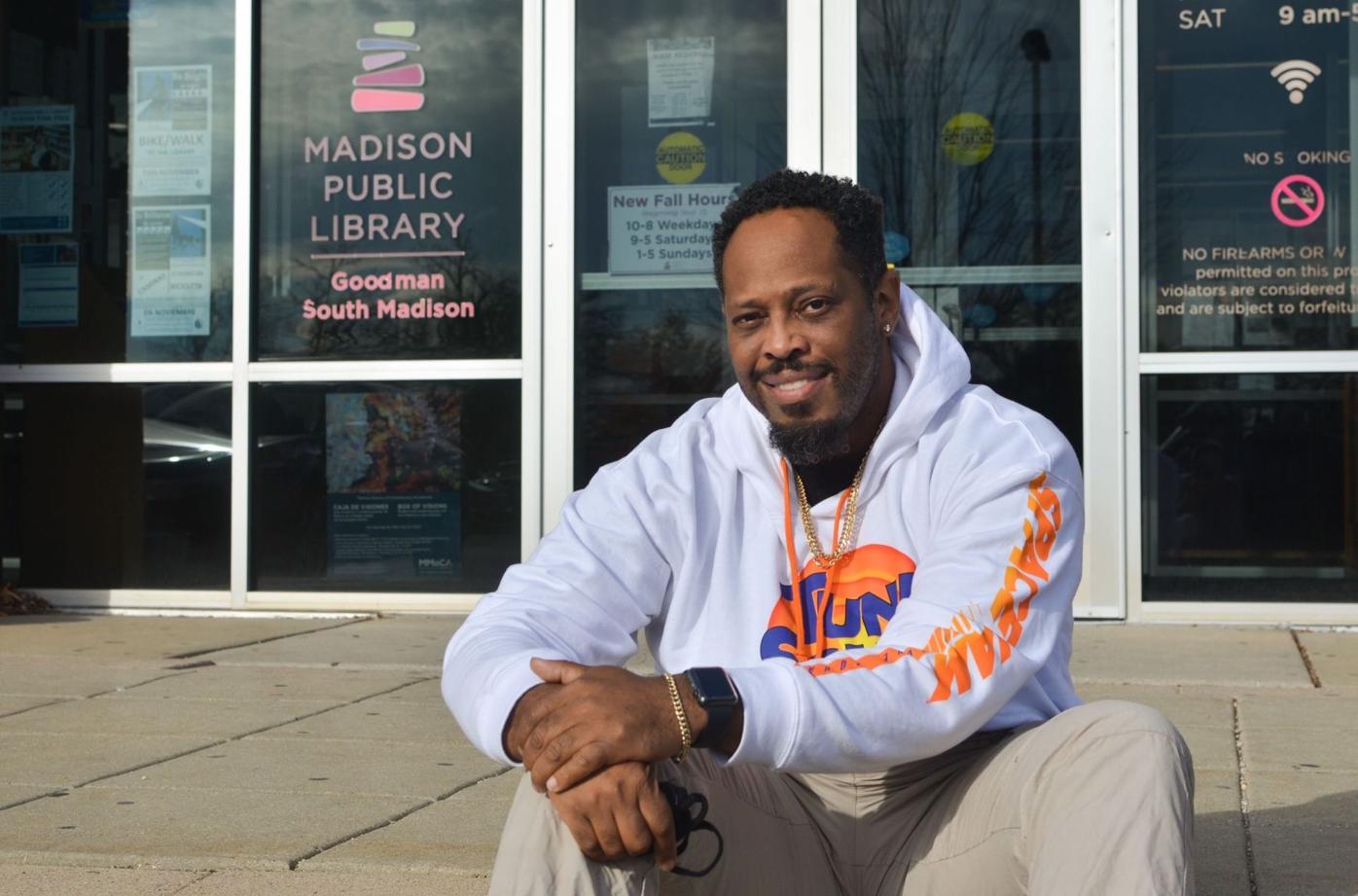 Will Glenn Sr. is the teen librarian at the Goodman South Library.

Will Glenn Sr. is the teen librarian at Goodman South Library.

Will Glenn Sr. is the teen librarian at the Goodman South Library.

One of the highlights for Will Glenn Sr. is when people recognize him from his time working with kids at the Meadowood Neighborhood Center on Madison’s southwest side early in the 2010s.

As he walked out of his office at the Goodman South Library on a Tuesday this month, a woman asked him how he was and shared that her grandkids still talk about how much they enjoyed time spent with him there.

Glenn Sr. began in his current position at Goodman South just about a year ago, on Nov. 16. He had previously worked as a library assistant, took what he calls “a sabbatical” and worked for the Madison Metropolitan School District for a couple of years before returning as a full-fledged teen librarian when more funding opened up, giving him more authority to plan programs and dream up ways to get youth connected to the library system.

He said he’s felt especially welcomed by the group of teen librarians from libraries around Dane County, a group whose meetings he calls the “Sister Circles,” and especially “Miss Tiff and Amelia” from the Monona Public Library.

“I had to thank the community and Madison because a lot of people was just automatically saying, 'Man, the library needs you, south Madison can utilize you,'” Glenn Sr. recalled. "That was cool, too, that kind of made you feel wanted, like we want you here.”

Glenn Sr. spoke with the Cap Times about his role, what he hopes to do as an African American librarian and what it means to be “a first.”

What about this job fits you?

This job fits for me because it's totally the opposite of what anybody who knew me or knows me and even myself would see coming to this point. I can honestly look you in your face and be like, “Bruh, I did not see librarian anywhere in my view,” until it came to a point that was the next step in my organic universal progression in an effort to be able to do the things that God, the universe or whatever I believe in, how I'm being used.

I haven't been wanting to try to stand on all these magazines or be in these papers. But if I don't do it, who else gonna do it? And if no one else does it, how are other people of color gonna know this is something you could do and you don't have to lose yourself?

More people who come from diverse backgrounds will feel like they can do more things when they see people that they can relate to in those roles, if they can see people in them. I don't know if no young man or young woman or anybody is sitting around like, "I want to be a librarian.” What I do know is some young men or some young ladies when I walk to get a pop or I walk to get a burger that it'll be like, “Oh, dude's shoes, nice, them slick, I like yo chain,” whatever it is, “Man, yo swag poppin',” whatever that common thing is, that's the hook.

“Come check me out.”

Why are libraries something important to the community and for youth specifically?

When you say community, that goes back into being communal, meaning a spot where people can come together. The library is different because it's not a school and it's not a church. It's important because it's a safe space where you can be yourself and be creative. I don't pump school or reading. I pump empathy, listening, learning and loving.

We’re gonna focus on building our relationship and then chipping away at the things that may ail you or the things you may not understand. As you hit my door I'm not like, “Hey, here's the newest book,” and that's what a lot of people think, especially when I say librarian.

I will let you in on a little secret: I personally prefer audio books as the thing for me, and that's a thing that I try to let people know. We have books, but don't get stuck on reading the book. The important thing is intaking the knowledge. Are you getting the knowledge? Can you comprehend the lessons that's being spit? So I feel like it's important because it's a place where youth can come or adults can come and just kind of deescalate life and you can get knowledge at the same time.

Do you have big-picture plans or goals for your role here?

I would like to do the It Takes a Village Resource Fair in different communities throughout Madison.

What does it mean to you and how does it affect you to be the first Black male teen librarian?

I'm that dude. I didn't like school, I wasn't nerdy in school, none of that. So I definitely can attest to regular kids doing this. I am definitely the poster boy for, "if I could do it, you could do it."

I feel like each day is a different day to help somebody or experience something I never experienced. So I'm just going through it. Come back in like a year or two and ask me that.

4 takeaways on what early literacy report means for Madison schools

Cris Carusi not running for reelection to Madison School Board