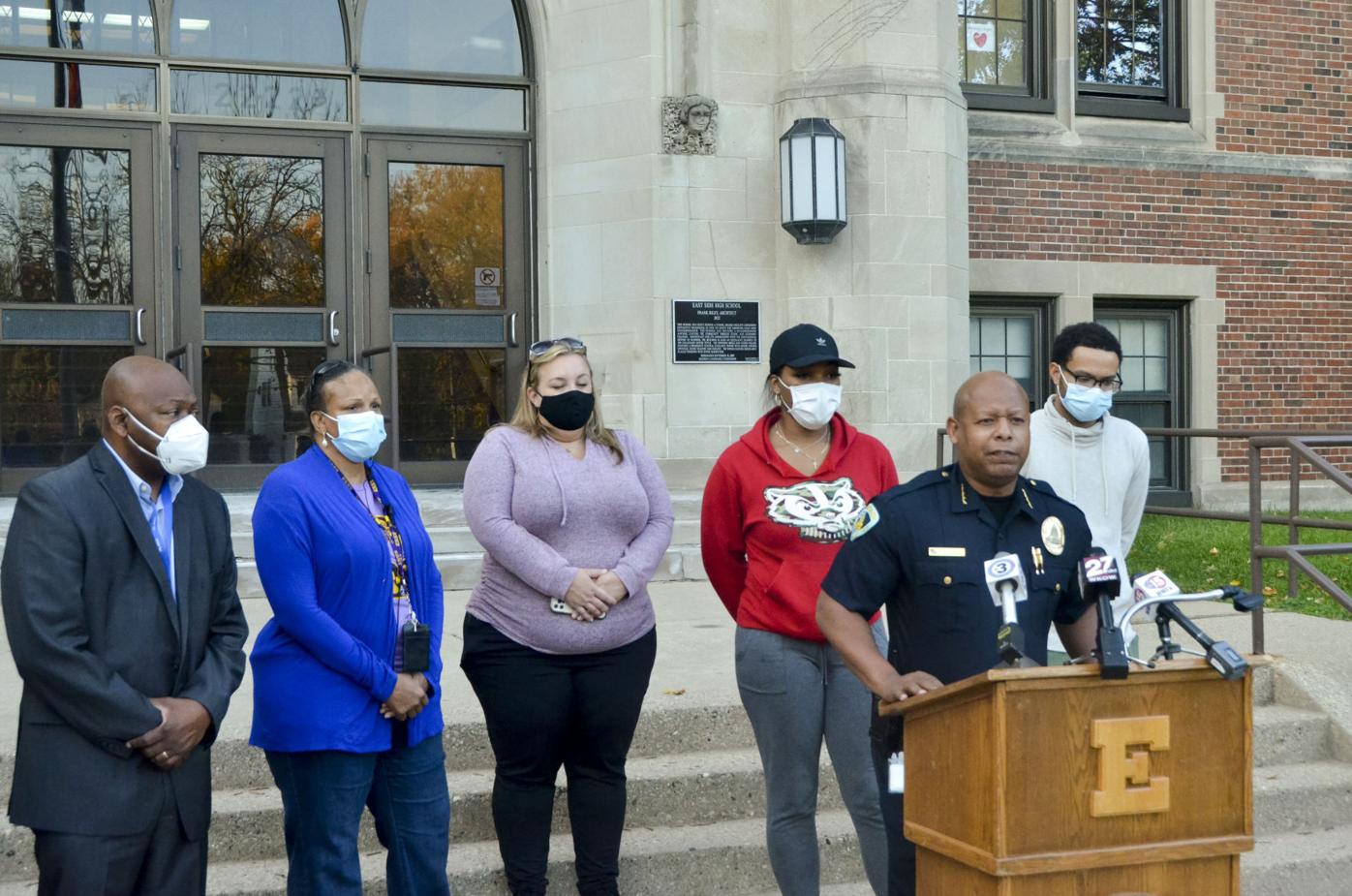 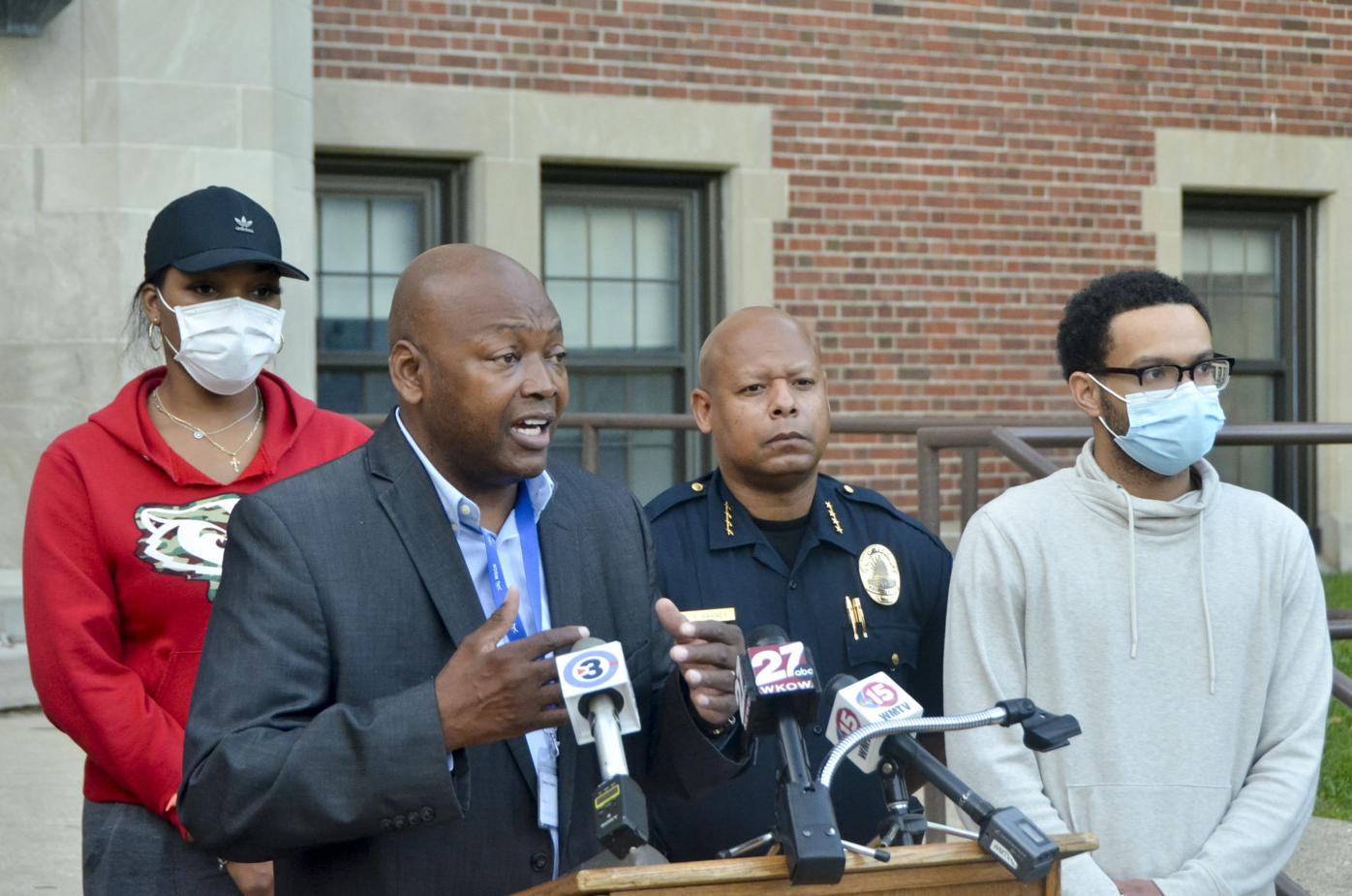 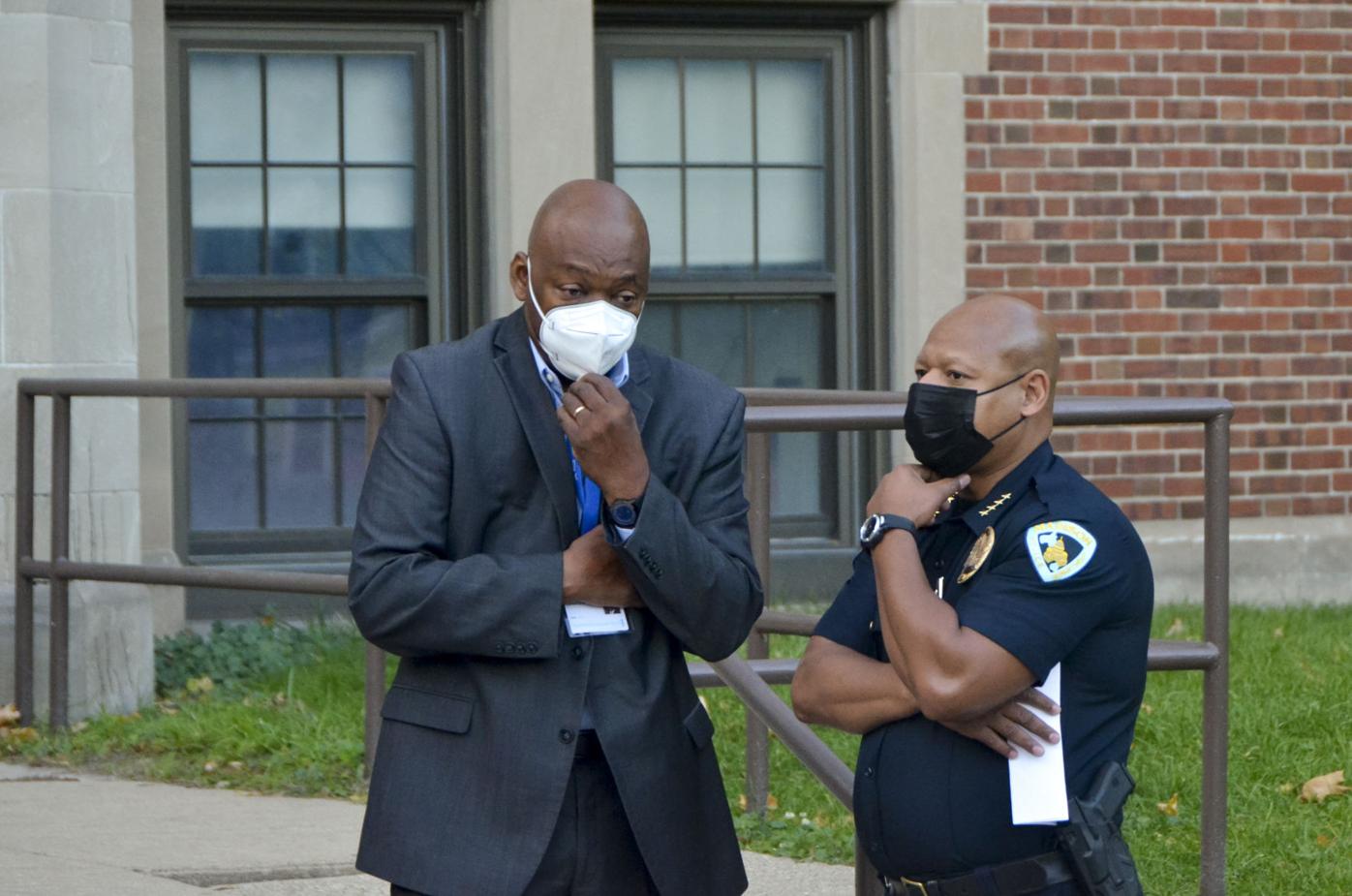 Multiple fights outside East High School Monday drew at least 15 Madison police officers to the scene and left eight students being treated for irritation as a result of the officers using pepper spray to break up fights.

Of the eight students who needed treatment, three were treated at the school and five were taken to the hospital, though all are “doing OK,” Madison Metropolitan School District spokesman Tim LeMonds said at a press conference Monday afternoon.

“The next step for us is how we move from this situation to assure that every student in MMSD can walk through our doors and feel safe,” Jenkins said. “We’re going to continue to work to try to make sure that we’re putting the appropriate resources around our students to support them, staff need support as well, so we can have a safe learning environment that values each student, each staff, each community member that comes in touch with the school.”

Incident reports on the Madison Police Department’s website, which only include incidents police were called for and do not include every such incident, show it’s the second fight that had more than 10 officers responding to East High within the last three weeks.

Officials detailed a string of multiple, mostly small incidents all occurring at once Monday causing a chaotic scene.

A parent on hand at the press conference, Tenita Dolliole, said her ninth-grade son is getting a good education at East but does not feel safe. She also asked why there wasn’t a police officer stationed in the building.

“At this point as a parent I’m afraid to send my child to school,” Dolliole said. “Every day it’s something.”

The Madison School Board voted to end its school resource officer program in June 2020 amid racial justice protests around the country. Castro, who was part of that unanimous vote, told her, “we have to dig deeper to meet the needs of students right now who are displaying some problematic behaviors.”

“We have to dig deeper and it’s more than just an officer in a school,” he said.

Barnes detailed officers’ response during the press conference Monday, saying they were initially responding to a report of a fight near the tennis courts but found nothing happening when they arrived.

Soon after, a fire alarm went off, prompting students and staff to exit the building.

LeMonds said the fire alarm was pulled during an altercation in the school’s Welcome Center.

From there, “several small fights began to take place,” Barnes said. During one fight involving five students, an officer approached to break up the fight and was struck by one of the students, Barnes said.

Officers used pepper spray again later amid ongoing smaller fights, then “allowed the (school) staff to do their job,” Barnes said, adding that the incident was seemingly a spillover from something that occurred over the weekend.

“We were here simply to support staff,” he said. “And I think our officers did a good job given the information they had.”

LeMonds and Jenkins praised the “98%” of students who returned to the building after the Madison Fire Department cleared the alarm.

“Today I have to tell you, honestly, my heart goes out to the 98% that continues to do the right thing right here at East,” Jenkins said. “For our staff, for our community, not deserving of any kind of trauma caused by an event like this.”

Barnes and Jenkins both called for community support in stopping violence.

“It’s important to come together with conflict resolution skills,” Barnes said. “We owe it as community members to intervene in a way that’s professional, that gives respect to everyone.”

Past incidents this year

On Oct. 21, more than 10 officers responded to a fight involving students and parents. An officer arrived on scene to find more than 100 students gathered in the middle of Fourth Street, according to the incident report, and used the squad car’s public address system in an attempt to disperse the crowd.

After another fight broke out, more officers arrived but the victim of the fight was “unwilling to speak to the officer,” the incident report stated.

“The suspects in this fight disappeared in the crowd as they walked away, and officers are unable to positively identify suspects without a victim,” the report stated.

In September, then-principal Sean Leavy told parents in an email that a fight involving some parents and students near the school during open-campus lunch left two people injured, the Wisconsin State Journal reported.

Leavy moved to a different position late in October following student walkouts over his handling of an alleged off-campus sexual assault and discussion of the subject in general. Longtime assistant principal Smith is serving out the year as interim principal of the school.

Jenkins said the district will “look at strategically getting the right resources to respond to the needs of our students and our parents and our staff right now,” given that it’s the first semester with a mostly full school without SROs — and comes amid the ongoing trauma of the COVID-19 pandemic.

“We're still assessing how we move forward but our plan that we have going forward will be there to address the social-emotional and mental well being and the safety,” Jenkins said.

He emphasized the importance of the final word: safety.

“We are saying safety is guaranteed,” he said.

“As a parent, I drop her off each morning and I can honestly say I worry, I have anxiety about her safety, her friends’ safety and all the parents I know feel the same way, that it just doesn't feel like a safe environment,” Lee said.

“It's been frustrating that we're not getting more notification from the school when these incidents happen,” Lee said. “Many of us parents are finding out about situations from the newspaper and not being notified from school.”

State Sen. Melissa Agard, an East graduate whose children have attended the school, tweeted at the district Monday seeking “details about what is going on” at East.

Lee suggested it would be a “step in the right direction” for district administrators and School Board members to meet with concerned parents “and listen to how worried we are.”

“All of us are hearing about different incidents that are happening throughout the day,” Lee said. “Maybe get the parents involved to come up with what would be a solution.

“I know this is going on around the country and maybe we can learn from another district that's handling it better.”