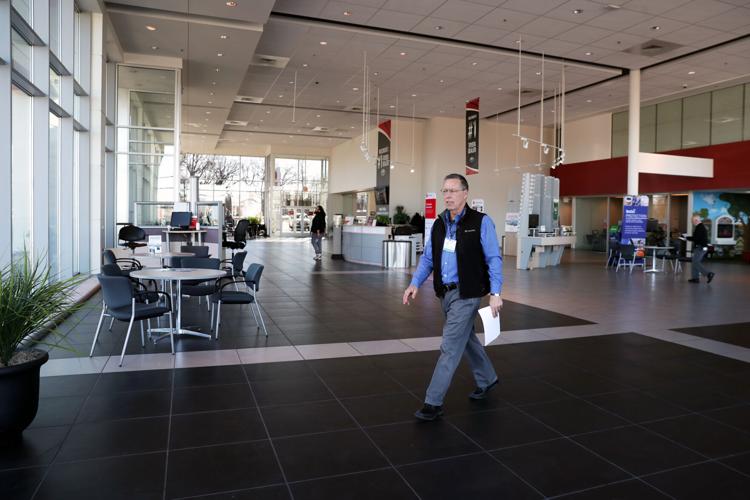 As used car prices skyrocket, T.J. Johnson has come out of retirement for a new role at Smart Motors on Odana Road: buying used cars. 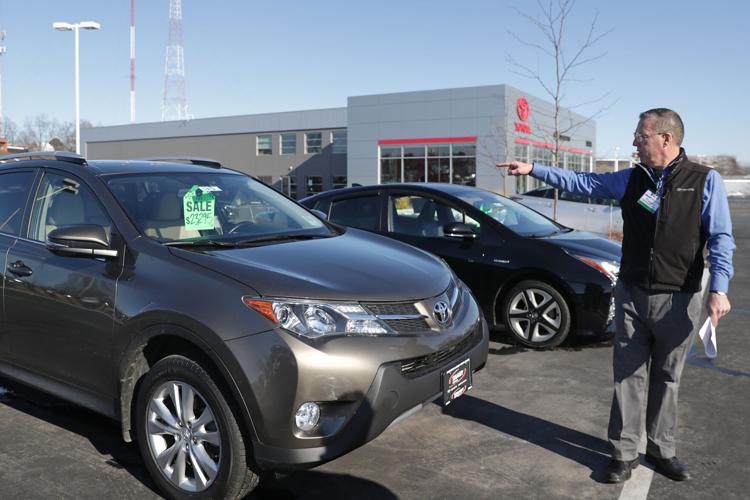 As used car prices skyrocket, T.J. Johnson has come out of retirement for a new role at Smart Motors on Odana Road: buying used cars.

Buying a car, regardless of the time, can be stressful, confusing and expensive. Those feelings have become exacerbated recently with a used car shortage across the state and country.

Since the start of the COVID-19 pandemic, car prices have skyrocketed. But it wasn’t until this month that used cars, historically, have become worth more than they’ve ever been worth before, according to new reports and multiple Madison car salespeople.

Used car prices are up nearly 11% over last year, iSeeCars, a national research group, reported in an analysis of over 1.8 million used car sales in July. As the microchip shortage continues to affect the automotive industry, the prices of used cars are still high as overall demand continues to exceed supply.

T.J. Johnson at Smart Motors Toyota on Odana Road had been the dealership’s general sales manager before retiring a few years ago. But last year, because of the need for used cars, he came out of retirement and stepped into a new role: vehicle acquisition manager.

"My sole purpose here is to buy cars one at a time from customers," Johnson said. "We've been in business from 1908 until now, so in 114 years it's the first time we've ever had this position."

He called the demand for used cars “strange” and “a perfect storm." With more and more people working remotely, even two and a half years into the pandemic, Johnson said many people are reconsidering their need for a car. Simultaneously, many cars are sitting around not being used.

In short, less people are trading in their old cars, leading to a shortage and resulting in record high prices for used vehicles.

Amanda Arvan has seen the results of the record high prices, firsthand. Arvan lives just south of Milwaukee and traded in her 2017 Toyota Corolla this month because her spouse got a job working from home. They decided they only needed one car, in an effort to be more eco-friendly and save money.

For fear of being lowballed on an offer from a local dealership, Arvan used Carvana, a national online used car retailer, and the result shocked her — the sedan she bought for $12,000 in Jan. 2020 sold for $16,500 this month, over two years later.

"I never thought I'd be able to sell my car for more than I bought it for," Arvan told the Cap Times in an email.

Arvan’s situation is how Johnson makes most of his sales, he said — by purchasing cars from people who are working remotely and decide they only need one car for the time.

"It's the purest form of supply and demand now," he said. "People are doing more research on the internet. They're coming and buying the car. And a lot of them are making the decision to buy right now as opposed to thinking about it, because when they think about it, there's a good chance that car is going to be gone when they come back."

Another contributing factor to the shortage is the increasing amount of people taking to the roads in electric vehicles. Nationwide, EVs have seen a steady rise in buyers, a trend mirrored in Wisconsin.

And demand has remained high.

"Right now, hybrids are very valuable, just due to the fact that you can't get too many new ones," Johnson said. Some are worth between 27% to 44% more now than they were just a year ago, according to iSeeCars.

Johnson anticipates the shortage to last around another year, based on supply chain issues and continuing demand.

"It’s a weird paradigm shift," he said. "If you're looking for a car — and there's no new cars to buy, or you can't wait five or six months — then you have to look at used cars. And you're not going to get as new of one as you wanted before. (So), do you want or need a car?"

While those looking to sell might see a great return right now, it can still be difficult to take the step to downsize your personal fleet.

Bern Frey, 61, lives on Madison’s east side in the Atwood neighborhood. She works from home and her husband recently retired, so they also no longer need two vehicles.

"It has been sitting in our driveway for a while now," she said. "I have been putting off selling it for quite some time now because of the process of it all."

The current boom is making her rethink that decision for a simple reason: "More money," she said.

Others, like Taylor Bock, would love to cash in on their cars’ current inflated value. Bock would need to purchase another car, however, and worried those profits would be offset trying to find and purchasing something new.

No matter what boat you’re in, Johnson said the key to fiscally smart decision-making right now is research and planning ahead.

"There's two reasons people buy — they either need a car or want a car,” Johnson said. "It's tough, and the problem is nobody knows when this is going to end."

He warned his biggest piece of advice might sound really strange but is the most strategic move for those looking to buy a car, used or new.

"Find out what you want and what you're willing to pay," he said. "Just do your due diligence."