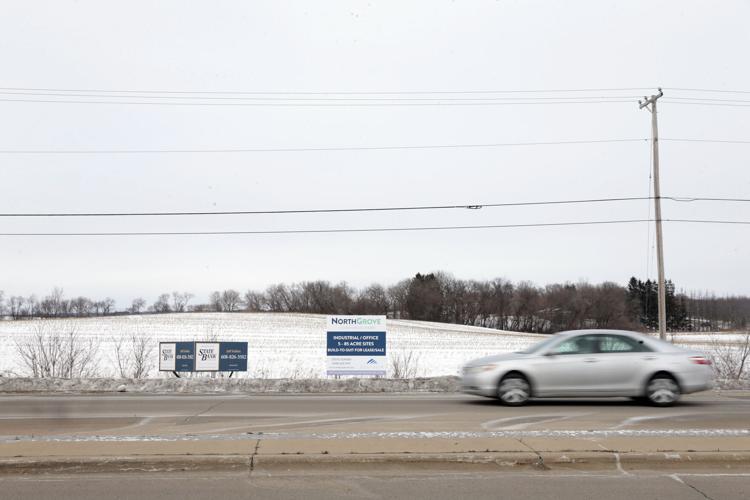 Amazon's proposal for a 3.4-million-square-foot warehouse and distribution center in Cottage Grove near the intersection of county highways TT and N received final approval Monday night from the Cottage Grove village board. 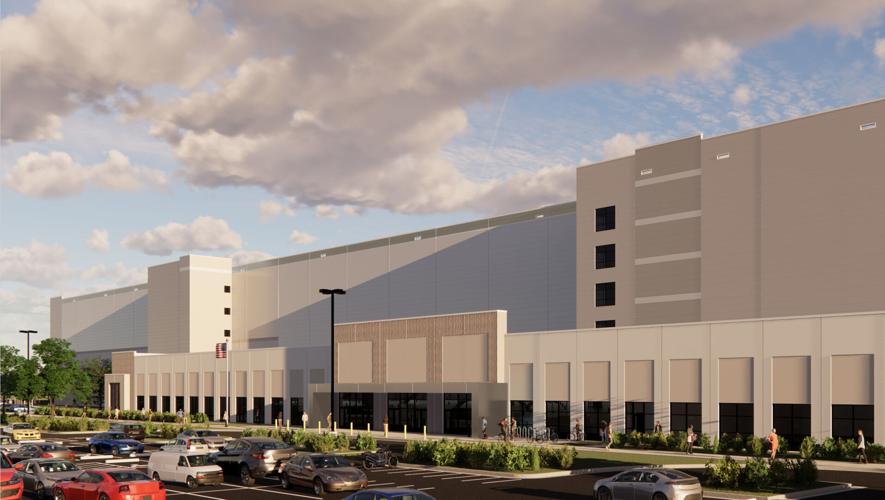 This rendering shows part of the five-story, 3.4 million-square-foot Amazon distribution center and warehouse slated for the village of Cottage Grove. The company's proposal received unanimous support from the village board Monday night.

A 3.4 million-square-foot Amazon facility is headed for Cottage Grove after the online retailer’s plan received approval Monday night from the village’s board. It’s the fourth and final step in a process marked by unanimous approval from local officials and vocal opposition from local residents.

Construction of the five-story warehouse and distribution center could begin later this year at the northwest corner of county highways TT and N, part of a swath of agricultural land annexed from Sun Prairie to Cottage Grove about a decade ago. The land has been slated for development for about a decade as part of a tax incremental finance district run by the village.

At the Monday night meeting, representatives from developer Trammell Crow Company presented a more detailed version of their proposal that the village board originally approved in January. The village’s Plan Commission recommended the new version for approval last Wednesday, though 20 of the 22 people who gave public comment at that meeting opposed the plan.

Some residents have said that the process is moving too quickly and that developers and officials haven’t adequately addressed their concerns. When the project was first introduced to the board in December, it was referred to only by the code name Project Silver Eagle, a common and controversial tactic for hiding the name of the major company behind a development proposal. Many nearby residents say they only learned about it when the media reported on it earlier this month.

Of the 14 people who addressed the board Monday during the meeting’s public comment period, 12 said they opposed the plan or wanted to delay the decision. Many feared an increase in traffic and noise. Some criticized Amazon’s labor practices and employee turnover. Some expressed doubts that the local fire department would be able to adequately respond to a fire at the 103-foot-tall facility, which is more than twice the height that local ordinances would otherwise allow.

Cottage Grove resident Katie Schwab told the board members that they have a responsibility to consider the opinions of the people who voted them into office. “I think if you guys really listened to all of the residents of Cottage Grove, nobody wants this,” Schwab said.

Representatives of Trammell Crow have met with residents several times during the proposal process and have modified the project plans to address concerns, said Trammell Crow senior associate Morgan Baer Blaska. Among other things, they’ve changed the lighting plan to reduce light pollution, added two sound walls to reduce the amount of noise reaching neighbors, and allowed the village to weigh in on landscaping decisions.

Village staff, meanwhile, previously added more than a dozen conditions to the proposal, ranging from provisions about landscaping and storm water management to a requirement that the site remain a “middle-mile” facility — rather than a “last-mile” facility where delivery drivers take products to customers — unless Amazon gets approval to amend its plan. One condition stipulates that if the facility violates noise ordinances, Amazon must pay to fix the problem.

During Monday’s discussion, board member Sarah Valencia said she spoke to the mayor of another village where Amazon built a warehouse, who described issues with trucks lining up on streets outside the facility. Engineer Adam Artz of Pinnacle Engineering Group, a firm hired by Trammell Crow, said the Cottage Grove facility would have a particularly long driveway that can accommodate around two dozen semi trucks, reducing the chance that trucks would be waiting outside of the facility.

Valencia also asked whether the village would have the power to compel Amazon to make changes if the facility ends up generating more traffic than the company-funded studies project. Village attorney Rick Manthe said that the board could choose to include that as a condition of approval, but no such condition was included later at the time of the vote.

Board member David Peterson asked Amazon representative Jason Vangalis about the company’s high employee turnover rate, noting that several residents had contacted him with concerns about that. The facility is anticipated to employ 1,000 to 1,500 full-time workers, most of them hourly employees.

Vangalis described the company’s wages, guaranteed to start at least $15 an hour, and benefits that include parental leave and tuition assistance. It’s part of a commitment the company made last year to be “Earth’s best employer,” Vangalis said. “At the end of the day, the narrative is that Amazon is a competitive employer, and we see that in the markets that we develop in.”

The proposal, with the conditions proposed by staff, was approved in a unanimous vote after about two-and-a-half hours of presentations and discussion. Trammell Crow and the village must now enter into a developer agreement. Construction could begin later this year.

PHOTOS: In Your Business at Grand Inspired