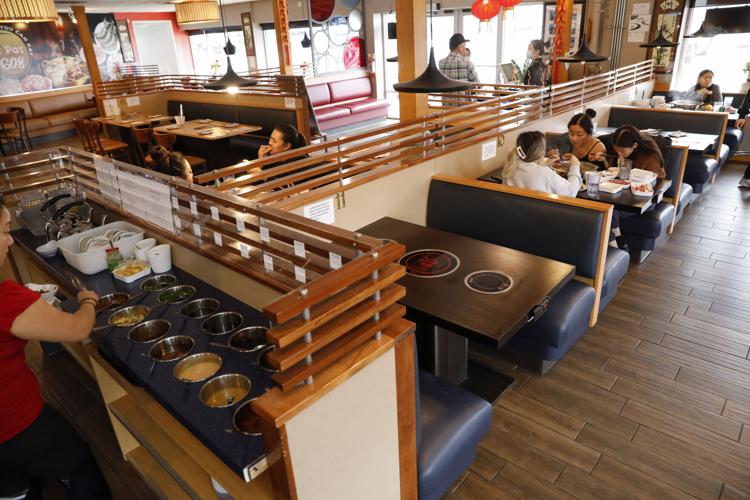 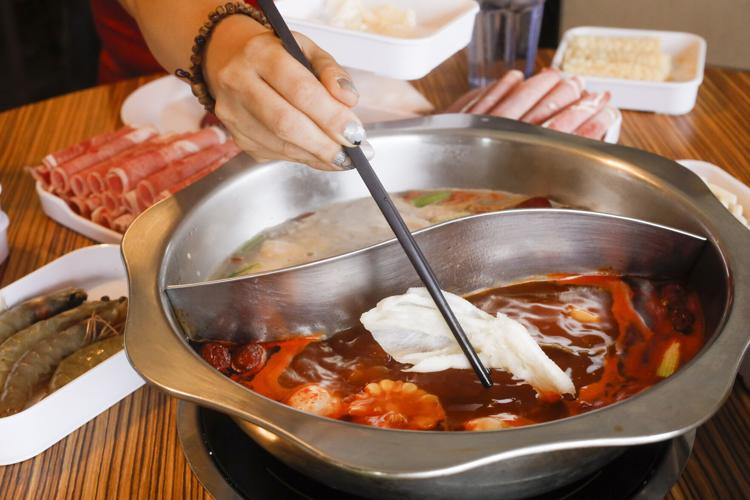 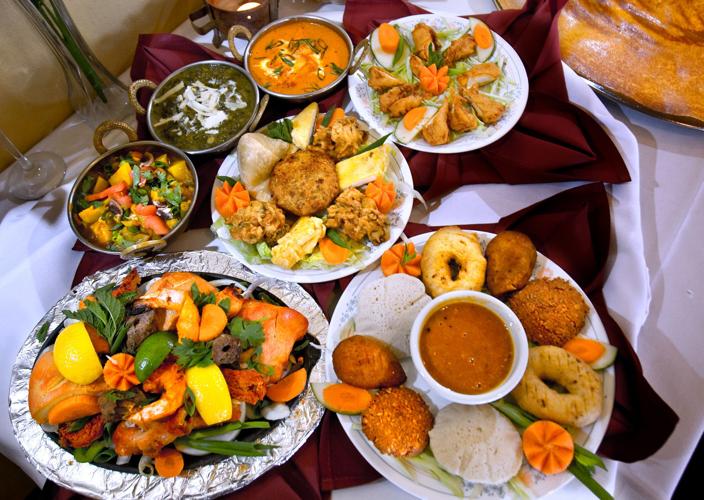 An assortment of food from Swagat on Madison's Far West Side. 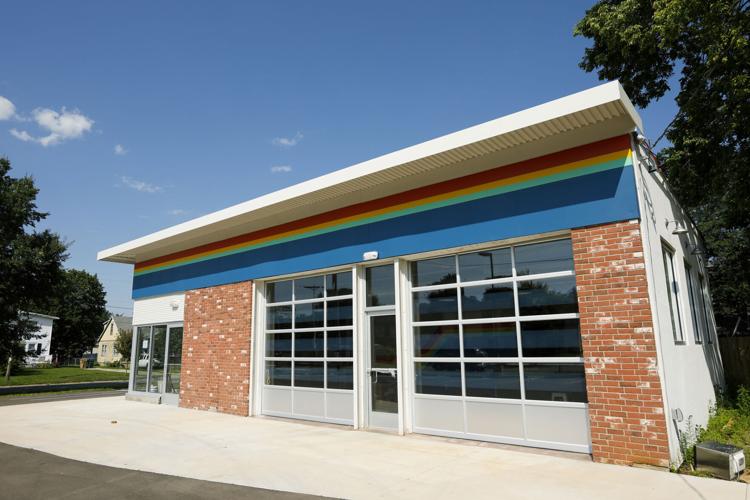 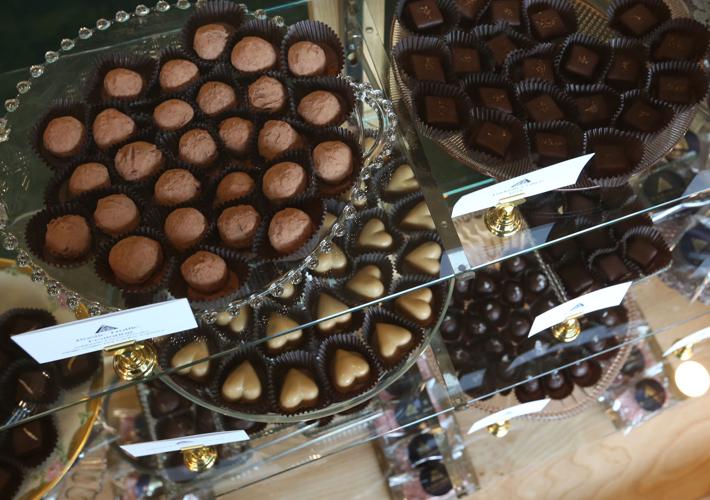 Trays with various chocolates on display at the Madison Chocolate Company in Madison. 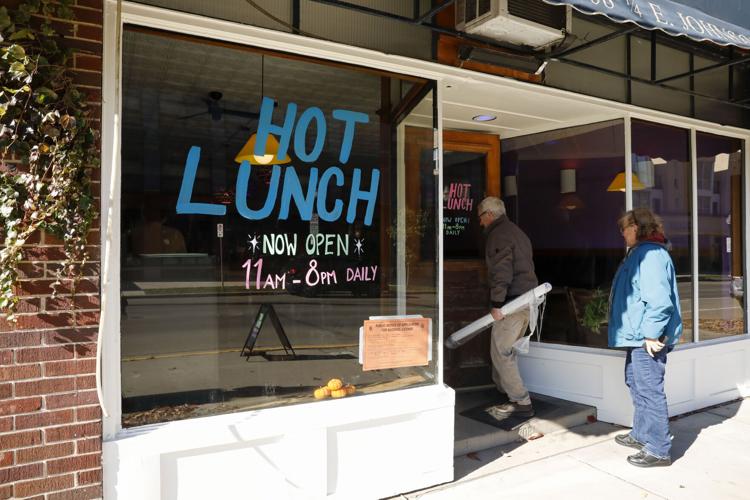 Hot Lunch, a sandwich shop located at 708 1/4 E. Johnson St., had its soft opening in October.

Several new restaurants have opened in and near Madison this fall, with a few businesses moving to new locations. More are opening soon, including a spot offering doughnuts, coffee and fried chicken.

In the Cap Times’ list of 14 places that either opened this fall or are coming in the near future, you’ll find plenty of options catering to a wide variety of tastes. Be sure to check out these new restaurants and cafes with menu items ranging from hot pot and Chicago hot dogs to bubble tea and smoothies.

This list does not include some restaurants already covered by the Cap Times: Prost!; Northstreet; Amara; Hot Lunch; Good Company; Big Sur Cantina and North Shore Pizza and Subs.

Open since September, Dagu Rice Noodle was once the home of Peruvian spot Estacion Inka, which moved steps away from its old location. Dagu Rice Noodle is a restaurant chain well-known in China and has made its way to the U.S., with locations in Las Vegas, Cleveland, Pittsburgh and Atlanta. Its popular soup dishes are served like mini hot pot: a simmering bowl of broth in which you add the rice noodles, protein and toppings yourself.

The popular chains Auntie Anne’s Pretzels and Jamba Juice arrived on State Street this fall, combining the two brands into one site. Coffee shop Espresso Royale previously occupied this location, but the Michigan-based chain went out of business in 2020 during the COVID-19 pandemic.

Located in a former IHOP, the new Hot Pot 608 adds to a growing list of hot pot restaurants in Madison. But this spot is unique: For $29.99, customers can get all-you-can-eat hot pot. There are three broths to choose from, which come to the table on a burner. Grab toppings from the self-service refrigerator, wait for the soup to boil and dunk in some protein, noodles or veggies.

Ancora Cafe + Bakery’s Shorewood Hills location moved less than a block away to a bigger spot on University Avenue. In a Facebook post, Ancora owners said they had outgrown the little cafe. The new spot, formerly Pancheros, opened early November, offering brunch, lunch, coffee and spirits in a building with two levels of indoor seating.

The family-owned La Pollera Colombiana opened in late October, serving up the tastes of Colombia in a colorful space on East Washington Avenue. The restaurant takes the place of the former OM Indian Fusion Cuisine, which closed in 2019. Some of La Pollera’s menu items include seafood, ceviche, empanadas and several roasted chicken options.

After bubble tea cafe Jade Mountain closed in September, its former employees opened Bubbling Teapot in the same shop about a month later. The cozy cafe still offers food and Taiwanese bubble teas using the same recipes as Jade Mountain. New menu items with some Indian and Mauritian influence will also be added soon, according to its website.

Swagat Indian restaurant launched a second location in Sun Prairie this October. In addition to a lunch buffet, Swagat features clay oven cooking, curries and other dishes with different spice levels. Its original location is on Madison’s west side at 707 N. High Point Road.

After starting as a mobile operation in 2019, Far Breton Bakery hosted a soft opening or a brick and mortar spot in mid-November. The storefront is now officially open, and owner Marie Young is building out the kitchen in back. Far Breton offers French-style pastries and is currently open Saturdays and Sundays only from 9 a.m. to 1 p.m.

In early February, Madison Chocolate Company will open a second establishment at a former Associated Bank — just two miles away from its original location. It will have many of the same items as the Glenway/Monroe Street store, but will also include an entire gluten-free bakery and separate gluten-free chocolate kitchen.

The founder of Rare Steakhouse and Ivory Room Piano Bar will open a high-end Italian chophouse and bar by early spring. The location is a historic building, designated as a city landmark, on the Capitol Square. Restaurants Blue Marlin, Boar & Barrel and Hamilton’s on the Square have all cycled through the site in the past few years.

Another new chain is coming to State Street this winter: Jersey Mike’s Subs. The franchise offers cold and hot subs, with two locations already in Madison, one in Middleton and another in Sun Prairie.

Sweetgreen, a Los Angeles-based fast salad chain founded in Washington, D.C. in 2007, will open a Madison location in early fall 2023. Until December 2017, that spot was a combined Einstein Bros. Bagels/Caribou Coffee.

Register to cook with chef Pip Freeman of Meat People