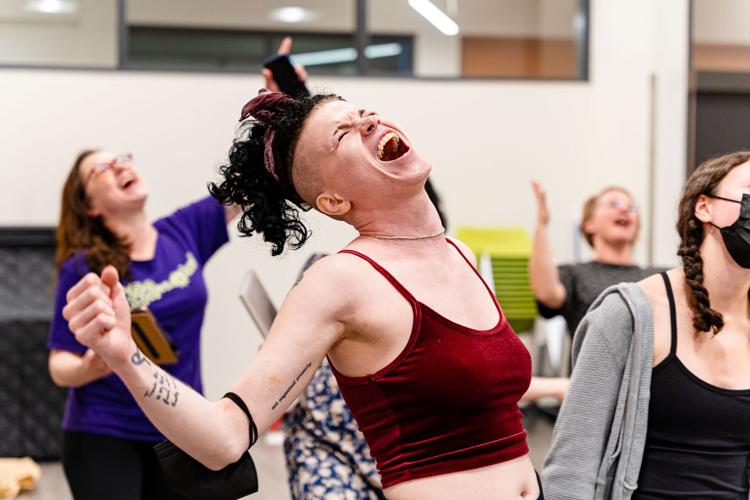 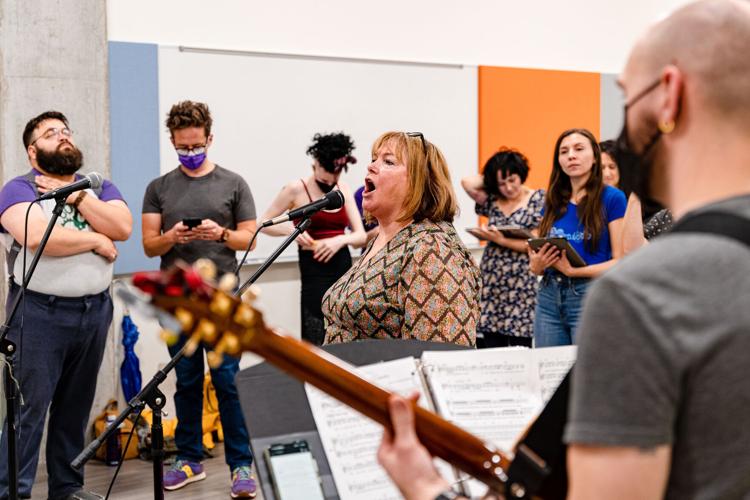 Whoopensocker songs are written by students from Madison schools. 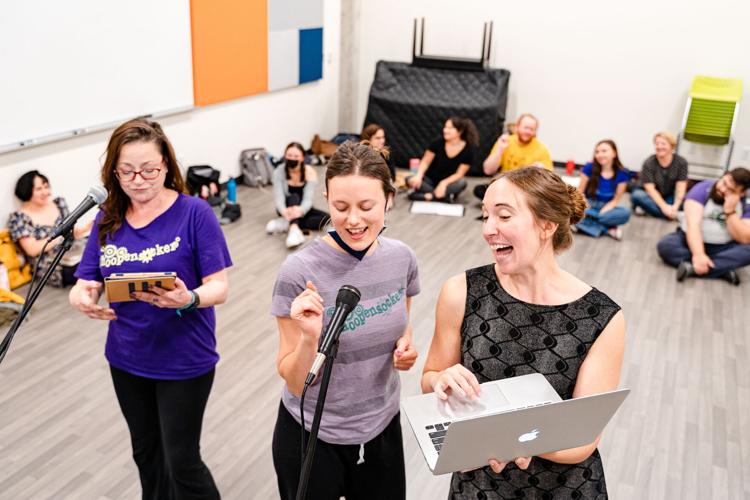 “Dear Dwayne the Rock Johnson,” a song based on a letter to the movie star about making chicken nuggets shaped like his face, is the type of original art kids create at the Whoopensocker arts program.

The program is focused on recognizing student voices and validating their creativity. It welcomes students of different ages, ethnicities, body types and gender identities, with the goal of providing more representation on stage and building community.

On Saturday, Whoopensocker hosts Whoop-in-Song Live!, an event where its cast of professional actors will celebrate and record a live album including Whoopensocker classics like “I Love Harrison Ford and You Can’t Tell Me No” and “Little Red Wolfinghood.” The event, which will be staged at the Madison Youth Arts Center, 1055 E. Mifflin St., is a fundraiser for the program. General admission tickets are $35.

“There's something fascinating and wonderfully legitimizing for a young author who didn't think they were writing a song to be like, ‘wait, that was my story,’” said Jessica Witham, the artistic producer of Whoopensocker. “It's a way of bringing creative writing and taking it outside of just stories and books. Creative writing also exists in songwriting and all these different other aspects.”

Jennifer Hedstrom, the music director of Whoopensocker, is excited that the group will perform with a great group of musicians, playing instruments including the keyboard, guitar and bass drums.

“We have a big variety of songs,” Hedstrom said. “We have some songs that are kind of funny and goofy,  then we have some that are more heartwarming. There's going to be something for everybody in the audience in that way.

“I'm just excited for everyone to hear it with this amazing cast of singers accompanied by a full band.”

Witham said while the targeted audience for this event are the schools and families of students they work with, they hope people in the community attend, too, to learn more about Whoopensocker.

“When we do our shows, we try to bus in all of the kids and try to make it a free and accessible program for them,” Witham said. “The whole goal is to elevate their work. It's professional work taken from these amazing young minds, brought up to a different level. This live album is another way to… elevate and amplify the voices.”

Previously, the performances were located and focused in schools throughout Madison. Two years ago, Whoopensocker moved into the Madison Youth Arts Center. Leaders hope this location will help get community members more involved in their programming and create opportunities for people to learn more about Whoopensocker.

Proceeds from the fundraiser will go directly to the Whoopensocker artist-in-residence program in schools in the Madison Metropolitan School District.

“Raising these funds and then putting it back into our program is the ultimate goal,” Witham said. “We try to make it as accessible as possible for the schools, as many of the schools that we work with don't normally have enough funding for arts programs. So we typically target schools that don't get this stuff.”

Witham said the fundraiser will help expand its work by providing financial help to those schools that need it to pay for the arts program.

“If we can help offset that cost, and make it more accessible for the kids, it's a win-win,” Witham added.

'Tis the season for a new Madison 'Christmas Carol'