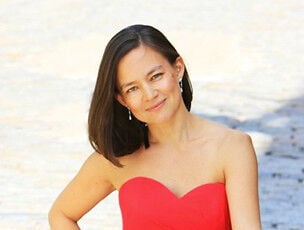 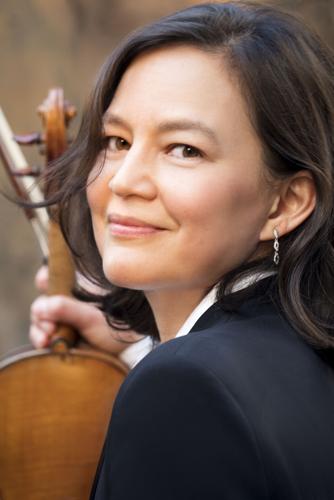 Establishing a Scottish theme to the first half of the concert along with Bruch’s Fantasy, the concert opener Felix Mendelssohn’s “Hebrides Overture” was motivated by the composer’s trip to Scotland, the same trip that would inspire his famous “Scottish Symphony.” During a rather rugged excursion in the Island of Staffa in the Inner Hebrides, an archipelago off the west coast of mainland Scotland, Mendelssohn visited Fingal’s Cave, known for its acoustics and black basalt pillars. Following this experience, he wrote a letter to his family with the opening theme to the overture enclosed.

While many pieces make ample use of major and minor tonalities, the “Hebrides Overture” makes the contrast between the two a main feature. From the start, the opening theme’s first presentation quickly shifts between minor and murky to major and bright, invoking the darkness and beauty of the cave. The second theme, by contrast, is in a major key and is more flowing and lyrical, invoking the rolling sea. The WCO’s woodwind section shined during the overture, most notably in the angelic recapitulation of the second theme.

Unlike Mendelssohn, Bruch wrote his tribute to Scotland before traveling to the country. Instead, Bruch studied Scottish folk music in the Bavarian State Library in Munich and based each movement of his “Fantasy” on a different folk tune. Favoring the first movement’s melody based on “Auld Rob Morris,” Bruch weaved it into later significant moments in the piece, most notably at the tail end of the violin cadenza in the fourth movement.

From the work’s moving folk melodies to its quick melodic runs, the “Fantasy” showcased Koljonen’s masterful ability to change register. Each movement demanded something different of the violinist, and she delivered. In the second movement, she spun beautifully a fiddle-like bariolage figure up and down her fret board with wonderful tone and without losing a microsecond of a beat. And in the finale, Koljonen’s impossibly speedy runs, played remarkably clearly and with conviction, were just plain exciting to watch and hear.

This was not the first time WCO’s Maestro Andrew Sewell and Koljonen have worked together, and though it had been over 20 years since they shared a stage, their chemistry on Friday looked seasoned. Koljonen stood a bit closer into the orchestra than many soloists would, which helped her engage in constant communication with Sewell. As a result, Koljonen and the WCO stayed closely in sync even through some of the most difficult passages.

Turning away from the Scottish theme, the concert ended with a great American symphonic work, Florence Price’s Symphony No. 1 in E minor. The piece won Price the first prize in the 1932 Wanamaker Music Competition, which led to the work’s premiere at the 1933 Chicago World’s Fair, when it became the first symphony by a Black female composer to be performed by a major American orchestra. Afterward, the Chicago Daily news reported “It is a faultless work, a work that speaks its own message with restraint and yet with passion… worthy of a place in the regular symphonic repertory.” I enthusiastically agree.

Though it has long been performed, Price’s music has recently gained new interest. More accurately, the mainstream classical world has only recently embraced many composers who have been marginalized, Price among them. Seventy years after its premiere, her Symphony No. 1 was published in 2008 by AR editions in Middleton, and over the past five years or so it has gained popularity on concert stages around the country.

From graduating college at age 19 to heading a college music department in her 20s, Price was a trailblazer. Trained in Western classical composition, her style centers African American musicking and her compositions have been influenced by classical as well as African American folk and popular music. For example, the third movement of Symphony No. 1 is a Juba movement and features prominently the characteristic rhythmic pattern of Juba, a music and dance form created by enslaved people in the antebellum South.

Symphony No. 1 is perhaps best known for its first movement, which features a penetrating main theme and exciting twists and turns. But the highlight of the evening for me may have been the second movement. It began with the brass choir performing a hymn, and as the movement progressed, other sections of the orchestra — woodwinds and strings — had a moment in the spotlight, breaking up the brass choir’s refrain. It sounded like a loving conversation between the sections.

The final movement ended with a bang. Its quick pace, rapid rhythms, and heavy percussion made for a thrilling close to the night. If Friday’s show is a harbinger for the rest of the WCO’s Masterworks Series, we are set for an exciting concert season.

'Tis the season for a new Madison 'Christmas Carol'