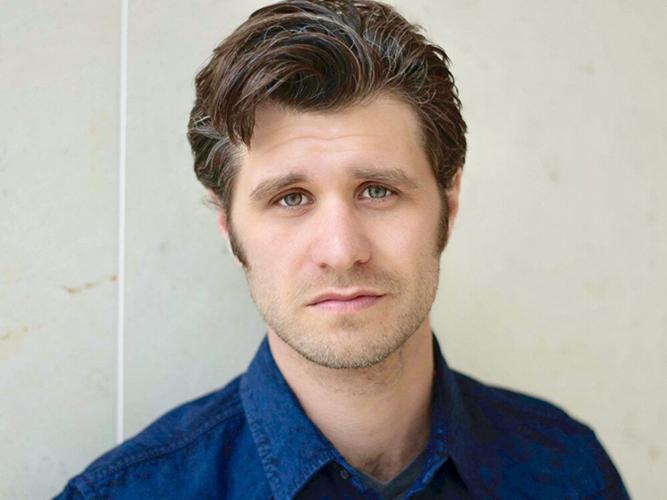 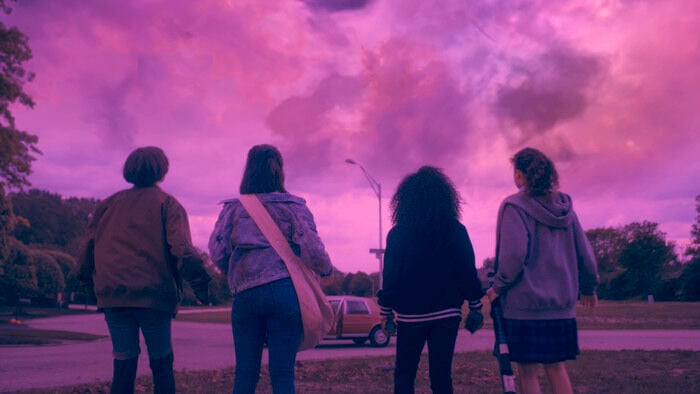 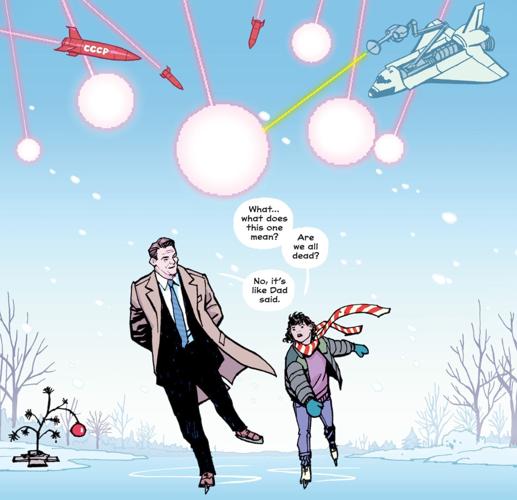 In the comic "Paper Girls," President Ronald Reagan is presented as a sort of mythical companion to one of the characters.

Wisconsin theater fans who watched Amazon’s new sci-fi series “Paper Girls” over the weekend may have thought there was something oddly familiar about one character. And not just because it’s former U.S. President Ronald Reagan.

Reagan makes two brief appearances in the first and sixth episodes of the series, which premiered on Friday, and the performer looks and sounds uncannily like the 40th president of the United States. But he also looks and sounds a little like Macbeth, Mr. Darcy from “Price and Prejudice,” and dozens of other characters on stage at American Players Theatre in Spring Green.

That’s because Marcus Truschinski, who has been with APT for 19 years, plays the role of Reagan on “Paper Girls.” The performance is an eerily convincing computer-enhanced blend of Truschinski and Reagan.

Although the hair, with its distinctive swoop, is all Truschinski’s, the actor joked in an interview Monday.

A role that delivers

“Paper Girls,” based on the comic book series, follows four tween girls in 1988 Cleveland who, while on their pre-dawn newspaper delivery route, end up getting entangled in a war between two factions of time travelers.

One of the girls, Erin (Riley Lai Nelet), dreams of becoming a U.S. senator someday and considers Reagan a hero. At a couple of points in the show, she fantasizes about Reagan visiting her as a sort of otherworldly father figure to give her solace and encouragement. “The future doesn’t belong to the faint-hearted,” Reagan tells her. “It belongs to the brave.” In the sixth episode, Truschinki’s return as Reagan is a clever callback to a memorable quote from Reagan’s term as president.

Truschinski had auditioned for television shows before, mostly shows filmed in Chicago like “Chicago Med” and “Chicago Fire,” but although he’s gotten close he’s never landed the part. It was through his agent in Milwaukee that he heard about the Reagan role, and in April 2021 recorded an audition tape, doing his best Reagan on video in the guest bedroom of his house. One of the things that really freed him as a performer was that he wasn’t impersonating the real Reagan as much as portraying a teenage girl’s idealized vision of him.

“I tried to meet Reagan and me in the middle,” he said. “I’d read an article about the creators, Brian K. Vaughan and Cliff Chiang, and they said how in the ‘80s Reagan was like this superhero figure. I think they talked about him being like Optimus Prime in “Transformers.” So that kind of let me be this fantasy version.”

After sending off the audition tape, Truschinski didn’t hear anything until his agent called him in May 2021 to tell him he got the part. Fortunately, because of COVID, APT had a late start in the summer of 2021, which freed him up to go down to the studio in Chicago where “Paper Girls” was being filmed.

“I was on screen in the costume, and they took 100 photos of my face, 3-D photos to do deepfake technology,” he said. “So it’s a blend of my face and his. If you look at any of the stills, you can see that it’s very much my eyes and eyebrows, and the lower half of my face is very much his. And a blend of our noses.”

Win one for the Gipper

Truschinski was on set for half a day, and said he was amazed how many of the special effects were created on set without computer-generated imagery, such as the eerie pink light that suffuses the town.

“I walked onto the set, and they had this time capsule. I stood in the corner of this tiny capsule and they shot my things in a few different ways, with the actresses there. You don’t know what the final product is going to be. You imagine things. But it was just me standing over the camera in the time machine. Pretty cool first day.”

Truschinski said he was particularly delighted to work with the four lead actresses, who had clearly already forged solid friendships with each other on set.

“They were having a great time and really, really liked each other,” he said. “When I walked on stage in my costume they were like, ‘Wow, I never really thought I would see Reagan!’ My time on set with them was really, really fun.”

There’s no word yet from Amazon on whether “Paper Girls” will be renewed for a second season, or if Reagan would return. In the meantime, Truschinski is having a busy summer, appearing at APT now in “The Rivals” and “Sense and Sensibility” while in rehearsals for “Love’s Labour’s Lost” and “Stones in His Pockets,” which will open later this year. He’s also working on his own film project, the short film “We’ll Want For Nothing.”

In the meantime, he’s very proud of being part of “Paper Girls,” even if some viewers think he’s really the Gipper.

“I think it’s a great show particularly for young women, and about actual young women’s lives,” he said. “I’m grateful that it’s my first experience, and I hope there to be more.”

'Anvil!' celebrates hard rocking geezers with a lot of heart