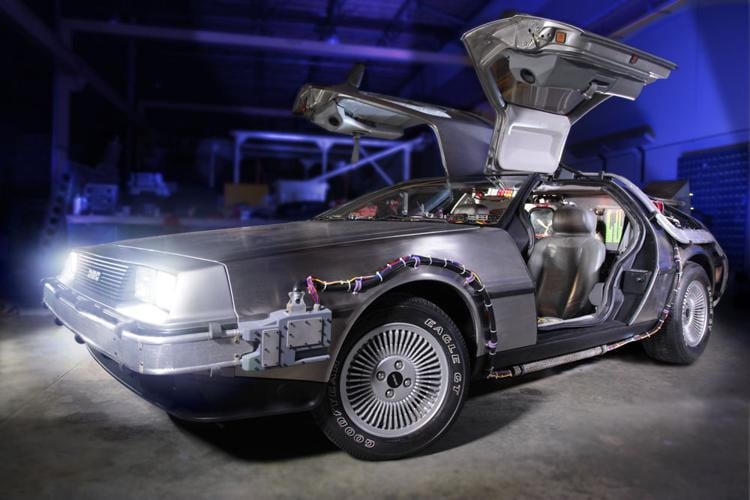 A team of fans spent a year restoring the DeLorean DMC-12 featured in "Back to the Future" back to its former glory. 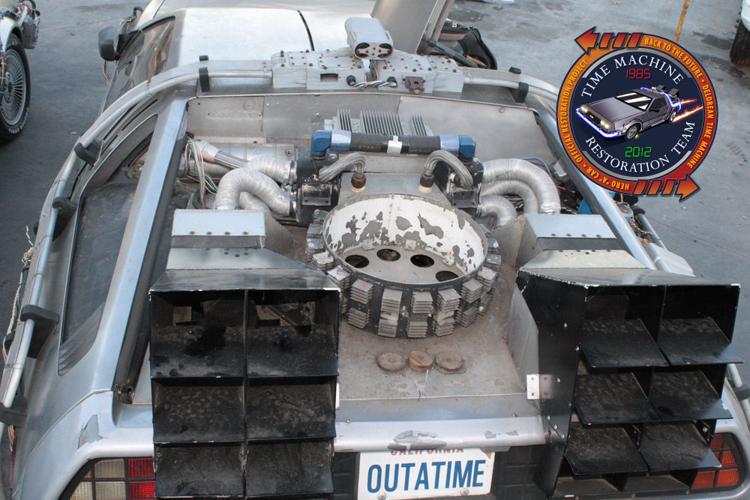 The original DeLorean from "Back to the Future" had fallen on hard times since being used in the third movie in 1990. 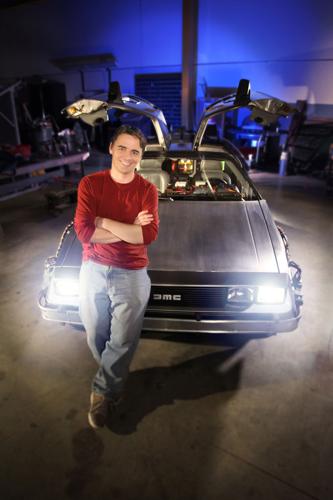 Steve Concotelli, a Waukesha native who now lives in Madison, made a documentary about the restoration of the DeLorean from "Back to the Future" called "OUTATIME: Saving the DeLorean Time Machine." 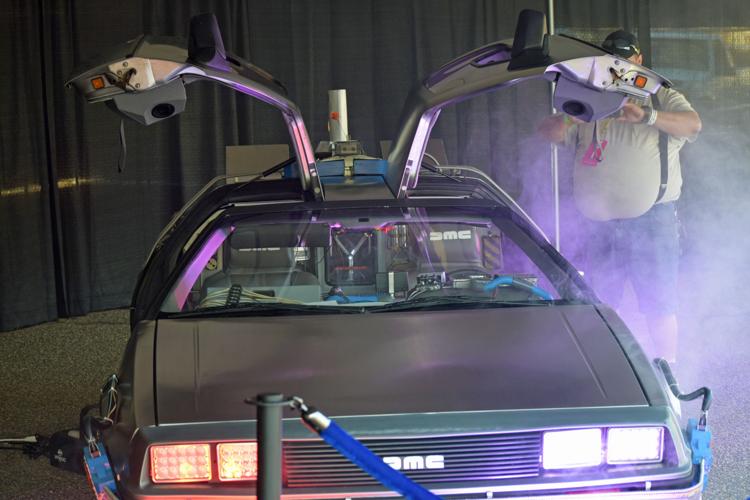 Doc and Marty's DeLorean beckons 80s in the Dells attendees to come take a look at one of the most famous cars in movie history.

“Back to the Future” fans love Marty McFly. They love Doc Brown. They even love Biff Tannen, a little.

But let’s face it. The most memorable character in the 1985 time travel classic isn’t a human being. It’s the time machine, the tricked-out 1981 DeLorean DMC-12 sports car that rockets Marty back 30 years to 1955. The car ranks up there with James Bond’s Aston Martin and the Ghostbusters’ ECTO-1 ambulance as one of the most iconic vehicles in cinematic history.

After the third “Back to the Future” movie was released, the DeLorean was put out to pasture by Universal Studios. But Madison filmmaker Steve Concotelli’s documentary “OUTATIME: Saving the DeLorean Time Machine” (named after the car’s license plate) chronicles the efforts of a group of dedicated fans to restore the car and bring it back in time to its 1985 glory.

Concotelli, a University of Wisconsin-Madison graduate who moved back to Madison in 2018, spent four years working on the film, basically on his own time, and was gratified when Universal Studios liked it enough to include a 20-minute version on the 30th Anniversary “Back to the Future” boxed set released in 2015.

“For something that I basically did myself, there is no higher honor as a ‘Back to the Future’ fan to have Universal recognize my film as the official time machine documentary,” Concotelli said.

Concotelli is selling the full, feature-length version of the film on Blu-ray and digital download on his website, including 90 minutes of bonus features and a director's commentary. But on Wednesday, Oct. 21, at 7 p.m., television viewers can watch an edited version of the film (retitled “Back to the DeLorean: Time Machine Rescue”) on the Discovery Channel. Oct. 21 is “Back to the Future Day,” celebrated because Marty set the time machine for Oct. 21, 2015, in "Back to the Future II."

Growing up in Waukesha, Concotelli first saw the original “Back to the Future” in theaters when he was 10. After graduating from the UW-Madison and spending several years in film production in Wisconsin, he moved to Los Angeles in 2001 to pursue his filmmaking dreams.

He had a busy career working as a producer and editor for commercials and television shows, including “Unsolved Mysteries” and Discovery Channel's own “Shark Week.” While he was in California, Concotelli became friends with Joe Walser, another fan of the film who had created an exacting replica of the original time machine on his own.

The real vehicle, however, wasn’t in such good shape. There were actually three vehicles used in the film — the "A" car that most viewers remember, plus a "B" car for stunts and a "C" car with a section cut away for interior shots. The "B" car was destroyed in the third movie, and the "C" car was dismantled, but the original car lived on.

While movie props are today considered treasured items, often put up for auction or even housed in museums, studios in the 1980s often discarded old props once the movie was finished. The surviving DeLorean for a while was an attraction at Universal Studios Theme Park, and thousands of tourists got to touch and even sit in the car. Otherwise, it was parked on the lot, slowly falling into disrepair. One interviewee in the film even said mice had made a home inside the vehicle.

Bob Gale, who co-wrote the “Back to the Future” screenplay with director Robert Zemeckis, says in the film he was horrified with what had happened to the car. In 2011, Universal Studios hired Walser to lead a team of talented superfans to restore the car, and Walser asked if Concotelli wanted to join the team.

One problem. Concotelli knows a lot more about movies than he does about cars.

“One of the first questions that Joe asked me was, ‘Can you fix cars?’” Concotelli recalled. “I’m like, ‘No, I’m terrible with cars.’ Essentially, I had none of the skills he was looking for. So he just looked and me and said, ‘Well, what can you do for this restoration?’

“I said, ‘Well, I’m a filmmaker, so I can make a film about it.’ That ended up being my contribution. I brought my camera and I recorded everything that they did.”

Concotelli spent the next year documenting the restoration every step of the way. It was a difficult project, in that it was both an auto restoration and a prop restoration, ensuring that the car ran smoothly but also looked exactly as it did over 30 years ago. The team came across one obstacle after another, all documented in the film. At one point, they had to put a call out to fans who had swiped irreplaceable parts as “souvenirs” off of the car over the years to send them back so they could be used. Most fans gave the pieces back in support of the project, but one made the team pay $6,000 for a part.

Concotelli said he felt this nuts-and-bolts approach was more authentic than a studio-driven featurette, which likely would have glossed over any bumps in the road. Documenting all the difficulties that the crew overcame ends up serving as a tribute to how dedicated they were, he said.

“As a fan, I know that’s what I wanted to see,” he said. “Not how great everything goes, but the struggle of making it perfect. That’s where the appreciation comes in. That’s what makes the story great.”

Now, instead of languishing on some studio backlot, the restored DeLorean is a showpiece at the Petersen Automobile Museum in Los Angeles, getting the care and acclaim it deserves.

“They've got hundreds of cars worth millions of dollars in there,” Concotelli said. “So they're the car experts. The car never goes outside. Nobody gets near it. It's the perfect place to have the car.”