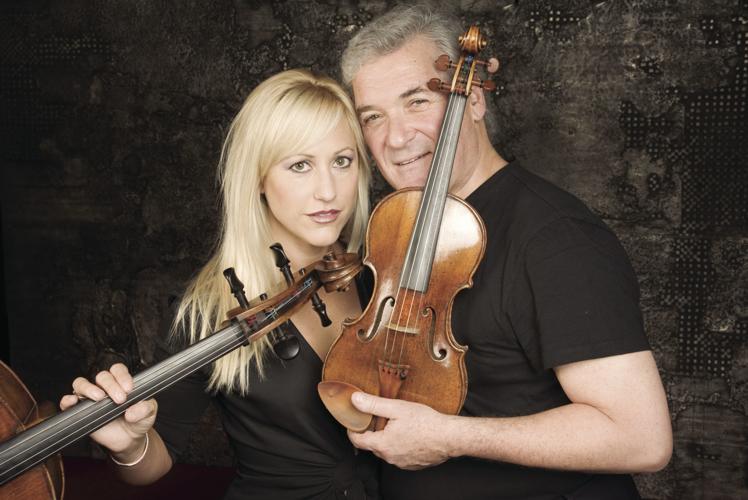 Amanda Forsyth and Pinchas Zukerman perform this weekend with the Madison Symphony Orchestra in Overture Hall. 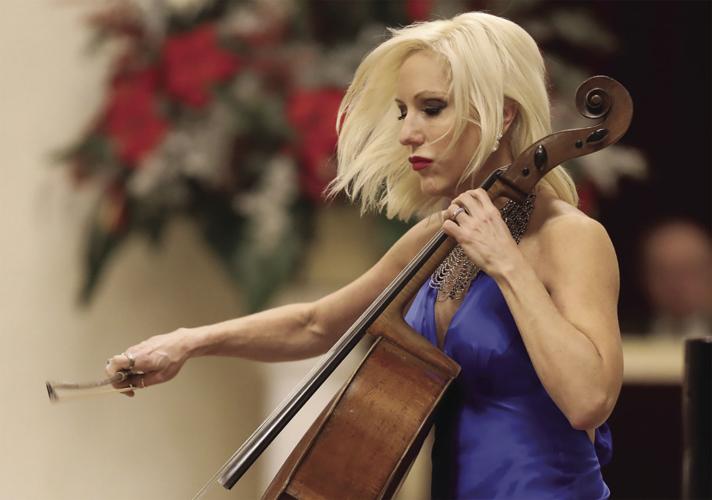 Amanda Forsyth performs with her husband, Pinchas Zukerman, this weekend with the Madison Symphony Orchestra in Overture Hall.

Amanda Forsyth and Pinchas Zukerman perform this weekend with the Madison Symphony Orchestra in Overture Hall.

Amanda Forsyth performs with her husband, Pinchas Zukerman, this weekend with the Madison Symphony Orchestra in Overture Hall.

John DeMain and the Madison Symphony Orchestra programmed a lovely concert for Valentine’s Day weekend: a jaunty overture, an intimate double concerto, and a powerful symphony.

The concert, which repeats Saturday night and Sunday afternoon in Overture Hall, opened with the jubilant “Le Corsaire” (“The Pirate”) Overture by Hector Berlioz. In the prelude discussion, Anders Yocom referred to this work as “swashbuckling.” It was composed while Berlioz was living by the French Riviera in Nice, and it has a certain nautical quality to it. During one section, the melody in the violins crept up and down the chromatic scale, mimicking the swaying of ocean waves.

The main theme moved through each of the orchestra’s smaller ensembles and intensified as the work progressed. Led by the brass, “Le Corsaire” rose to a rousing conclusion. This was a fun piece, and judging by their smiles, the musicians enjoyed playing it.

The headliner was Brahms’ Double Concerto, performed by wife and husband duo Amanda Forsyth and Pinchas Zuckerman. The soloists have performed this work together many times and know it intimately — they even followed along on their fret boards during orchestral sections.

This concerto was originally written for Brahms’ longtime collaborator and friend violinist Joseph Joachim and their mutual friend cellist Robert Hausmann. Hausmann suggested that Brahms compose the concerto as a means of reconciling the composer’s estranged friendship with Joachim —Brahms had sided with the violinist’s wife during their divorce. The tactic worked, and after collaborating on the concerto, the two rekindled their friendship.

On Friday, the movements seemed to trace the three stages of a dispute in a loving relationship. In the first movement, the soloists were in heated dialogue, playing off of each other. In the second, the two played in unison, having reconciled their differences to come together around a common theme. In the third, the two voices harmonized beautifully, as if the relationship had been revitalized.

Forsyth and Zuckerman had wonderful onstage chemistry. There was a moment of pure magic in the development section of the first movement. Playing in their highest registers, the soloists made eye contact and projected sweet tone from their instruments.

After the powerful conclusion of the concerto, Zuckerman and Forsyth performed a lighter encore, a duet from Russian composer Rienhold Glière. Forsyth comically claimed that in the nature of Valentine’s day she agreed to play the Glière duet because Zuckerman really enjoyed it, even though the cello part is mostly accompaniment to the violin solo — a concession from a loving partner.

The evening ended with Aaron Copland’s Symphony No. 3, the final movement of which features the infamous “Fanfare for the Common Man,” composed a few years before the full symphony. The “Fanfare” thematically anchors the work. Each of the first three movements contains fragments of musical material derivative of the “Fanfare” that develop into the finale’s signature theme, as if the symphony was composed to retrofit the theme.

The MSO’s brass section featured heavily in this work, and save some high-register intonation problems during the opening movement, they were up to the task. Notably, principal trombonist Joyce Messer had a standout solo moment in the first movement, taking over the main theme from the string section with a beautifully warm tone.

Copland’s symphony requires the orchestra to balance light pastoral textures with heavier military-like fanfare themes, most notably in transitioning from the gentle and airy third attacca into the fourth. The MSO’s woodwind and brass sections complemented each other well in this transition, smoothly handing off the fanfare theme from one section to the other.

This piece stands out among Copland’s catalog. In it, he made a concerted effort to distance himself from American popular music genres that had influenced his previous work. Still, there is a jazzy moment in the fourth movement that is undeniably reminiscent of Copland’s earlier style.

It was this section, with its syncopated rhythms and dance figures, that got the MSO nearly dancing in their seats. Their togetherness through this passage breathed new energy into the concert’s final minutes.

For the thunderous closing of Copland’s symphony, DeMain stretched out the final crescendo, bringing the MSO to its upper limit in volume. It was a booming end to a wonderful show.

In 2020-21, the Madison Symphony goes big for Beethoven

This December marks the the 250th anniversary of Beethoven's birth. John DeMain and the MSO have announced a 2020-21 season stuffed full of his works.

In 2020-21, the Madison Symphony goes big for Beethoven

This December marks the the 250th anniversary of Beethoven's birth. John DeMain and the MSO have announced a 2020-21 season stuffed full of his works.