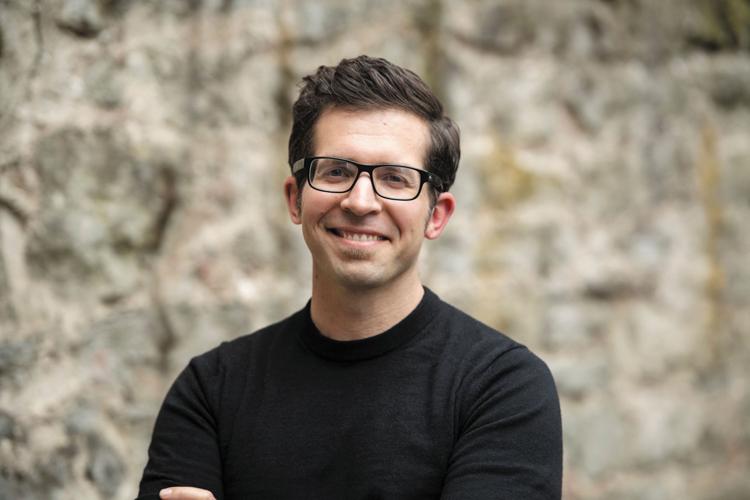 Andrew J. Graff's first novel, "Raft of Stars" is inspired by his childhood growing up in northern Wisconsin and his love of whitewater rafting. 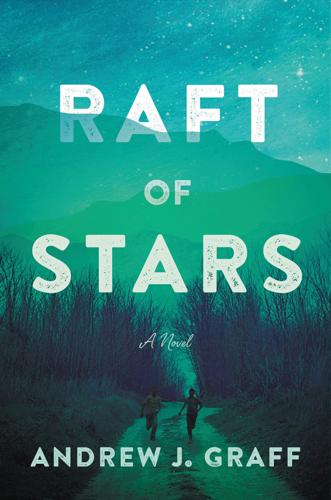 In Andrew J. Graff's "Raft of Stars," two boys go on the run after one shoots the other's abusive father. The book will be published on March 23.

It was a cold night in Wisconsin, and Andrew J. Graff was making good use out of the notes from his old college writing classes. He was feeding them into a woodstove to keep the fire going.

At the last second, he rescued a photocopied essay by Flannery O’Connor just before the flames took it. In the essay, the Southern writer wrote about summoning something to life in creative writing with brief, sensory strokes, like a sound, a smell or a taste.

“That’s what I did,” said Graff, who now lives in Ohio and teaches at Wittenburg University in Springfield, Ohio. "I just sat on the couch that night, and I hadn't written in some time. I wrote about a gravel road, and a blackbird on a cattail stalk and the smell of Dutch clover. And there were just two boys pushing their bikes. I didn't know who they were yet. I didn't know what was gonna happen. But that was that was how they came into being.”

That scene appears early on in Graff’s first novel, “Raft of Stars,” to be published on March 23 by Ecco/HarperCollins (and it's available for pre-order). In the novel, the boys are Bread and Fish, two 10-year-old best friends living in the northern Wisconsin town of Claypot in 1994. Their idyllic childhood, very much like Graff’s own, is shattered when Fish shoots Bread’s abusive father, and the two boys go on the run in the woods from the county’s kindly, lonely new sheriff.

As the boys make a raft and head downriver, they are pursued not only by Sheriff Cal but by Fish’s mother and grandfather, and a local gas station attendant named Tiffany who yearns to escape the town. “Raft of Stars” becomes a thrilling old-fashioned adventure story as well as an empathetic novel of several people hunting for their better selves.

Graff will talk about the novel with Wisconsin author Nickolas Butler (“Little Faith”) at a virtual Wisconsin Book Festival event on Tuesday, March 23, at 7 p.m. on Crowdcast. He spoke recently with the Cap Times:

Was this your childhood?

It really was in a lot of ways. I grew up on a farm at the end of a dead-end road. And I spent a lot of time at Piers Gorge, which is a section of the Menominee River that has like a Class 4 whitewater section. It was just me and my brothers and my dog. We just we spent a lot of time lighting off firecrackers in silos and running around through cornfields at night. So, yeah, the sights and sounds and smells and also the people you know, small town. That's definitely my own space.

Did growing up and leaving that area intensify your feelings and memories of it when you were writing about it?

I started writing this when I was still living in Wisconsin. My wife and I lived near the Peshtigo River. That's where I started. But then I carried it with me to Ohio and spent the next several years working on it. I definitely enjoyed envisioning the spaces and just spending time in the woods and on the river.

Before this, like my sock drawer manuscript, I worked on a novel for seven years that had to do with my time in the military, and in Kandahar, Afghanistan. That stuff, it was it was good to write and I had to write it, but it wasn't pleasant. So writing "Raft of Stars," other than the major tensions, which were trying, felt so good. I just got to go fishing on the river again.

Given how the novel opens, I was expecting that it might take a darker turn. But I was surprised how generous and hopeful it ends up being.

Thank you for calling it a hopeful book. That, to me, is the best sort of praise. I think it’s a book about characters figuratively and literally lost in a wilderness. They’re all asking the question, “Are we going to make it? Are we going to be okay?” And the wilderness answers, “Yes, you are.”

I did want to tell a story that kind of took care of the reader by the story’s end. I like books like that, myself, that can take me through something real and show me the harsher aspects of life but also try to balance that with joy and hope and redemption.

How did the adult characters in the book come into being?

I felt early on that I didn't just want to write from Fish's perspective and only follow them. I wanted to broaden the story to a larger community in some ways. And when I started thinking about my own small town and the types of places and characters in it, I think these people started emerging.

You have two very strong and active female characters in Tiffany and Miranda, Fish’s mother. In many books like this, they would have been left at home to worry and wring their hands while the male characters got to have the adventure.

I wanted that to be the case, too. I really enjoy that fierce mother-son relationship. It just made perfect sense that that she would be on the forefront. She'd be the one breaking into hospitals and stealing horses and running whitewater rapids and facing down horrible storms and saying, “I will have my son back.”

And I like Tiffany a lot. She was fun to get to know. She's got a sense of sarcasm and independence. And I think it was fun to watch her struggle and grow throughout the story.

How do you approach writing action in the novel, and in particular the whitewater rafting scenes?

(Writing about) the whitewater was really fun. I guide rafts in the summer. I have for 12 seasons. And I think in a book about people kind of lost in the wilderness where they're asking, “Am I strong enough to make it? Or do I just have to acquiesce to the flow of things? When do I fight, and when does the wilderness show up and provide?” — I think whitewater rivers are an awesome metaphor. You can't fight them, but you can learn to work with them.

You’ve written that it’s a good metaphor for writing fiction as well.

For a long time, I tried writing like I tried rafting. You can always spot a rookie river guide, because they're all muscle and panic, oversteering. You try to demand that the raft come back to where you wanted it to be in the river. Whereas these other guides that I've met down in West Virginia these days, they raft the Upper Gauley (River), which is like a Class 5 whitewater, they have a sense of ease about them.

There's one guide down there, they call her the Gauley Goddess. And I've watched a video of her going down Class 5 explosive rapids, and she does it with like two paddle strokes and a calm smile on her face. She's learned to flow. She's learned to accept the surprise and to work with it.

I think art and writing are a lot like that. I used to hear a lot of professors and writers talk about writing as exploration. Explore your way into the next chapter and allow the characters to find new paths for you. Except that I never wrote that way. When I was starting out. I was like, “No, no, no. I want to muscle it back where I want it.” I’m not there yet. I’m not a Gauley guide yet, by any means, on the river or in writing. But I’m learning.